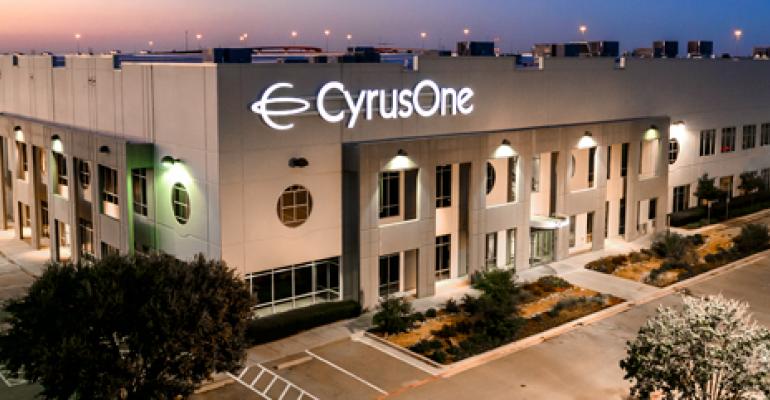 EQT Partners and Digital Colony Partners also said to have partnered to pursue a potential deal for the company.

The Dallas-based real estate investment trust has drawn interest from rival Digital Realty Trust Inc., according to people familiar with the matter. The investment firms EQT Partners and Digital Colony Partners have also partnered to pursue a potential deal for the company, said the people, who asked to not be identified because the matter isn’t public.

Discussions are ongoing and may not lead to a deal, the people said.

CyrusOne, which began exploring options with advisers this summer after receiving takeover interest, closed up 2.6% in New York trading Thursday, for a market value of about $8.6 billion. The shares have gained more than 53% this year.

Demand for data center assets has intensified as infrastructure managers flush with cash look to capitalize on the trend of companies relying on third parties for managing their data. REITS that specialize in data centers have also been seeking to expand globally through acquisitions.

Founded in 2001, CyrusOne has a network of 48 data centers serving about 1,000 customers in the U.S., the U.K., Singapore and Germany, according to its most recent annual report.

Digital Colony is a communications infrastructure-focused investment firm and EQT is one of the largest buyout firms in Europe. In May, they partnered to buy fiber network owner Zayo Group Holdings Inc. for more than $8 billion.

Digital Realty, like CyrusOne, is a REIT focused on data centers. Last year, it acquired Brazil’s Ascenty for about $1.8 billion.

Brookfield, among the world’s largest alternative-asset managers, has also been increasing its technology-related infrastructure bets, buying a portfolio of data centers from AT&T Inc. last year for $1.1 billion.