CyrusOne: Birth of a Data Center 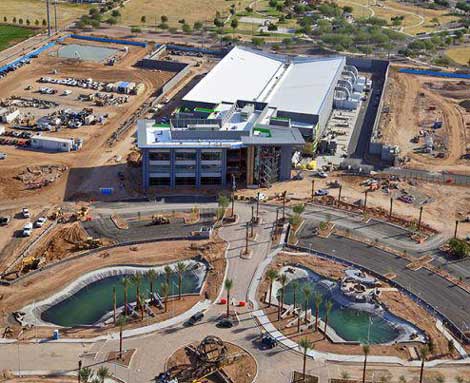 The 200,000 square foot first phase of the CyrusOne Continuum data center in Chandler is nearing completion on the site of a former alfalfa field. (Photo: CyrusOne)

CHANDLER, Ariz. - A new data center is rising on land that just six months ago was covered with alfalfa fields. "We literally had herds of sheep on the site a week before we broke ground," says Kevin Timmons, Chief Technical Officer of CyrusOne, which is in the final stages of construction on the first phase of its data center campus at the Continuum business park. The colocation provider broke ground in June on its 47-acre site, which has the capacity for seven data center buildings housing up to 1 million square feet of space.

The Data Center Knowledge team got a tour of the site last week as CyrusOne prepared the facility for a mid-December opening. Here's a look at the CyrusOne project. 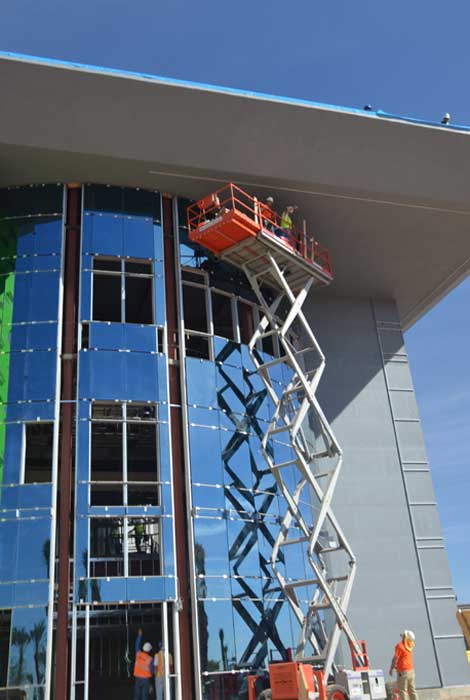 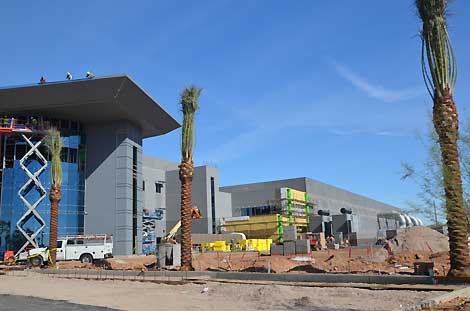 This view shows the dual nature of the facility, with office space up front and a large enterprise-grade data center in the back. (Photo by Colleen Miller.) 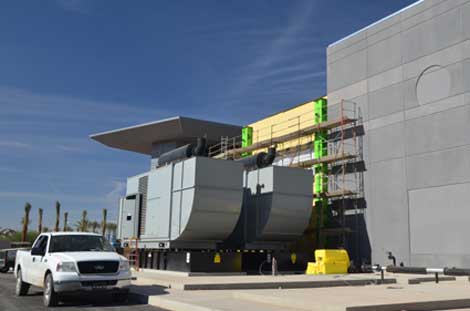 Emergency backup power is provided by generators from Detroit Diesel, which can each provide 2.25 megawatts of power. There are four units on site now, with more to come as CyrusOne adds customers. (Photo by Colleen Miller.) 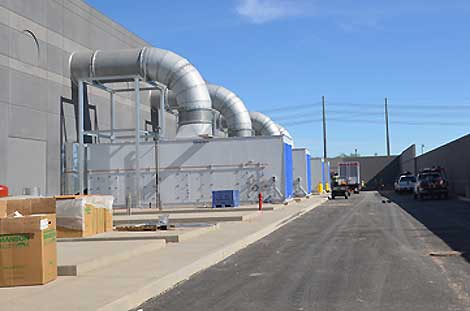 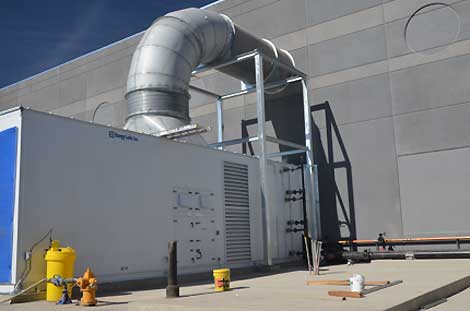 Here's a closer look at the IDEC cooling units, which include chambers for both air cooling and a chiller. Cold air enters the data hall through the lower section of the unit, and waste heat is returned through the 6-foot ducting at the top. The return air flow is guided by the data center's V-shaped roof, with high sides tapering down to a channel down the middle. (Photo by Colleen Miller.)