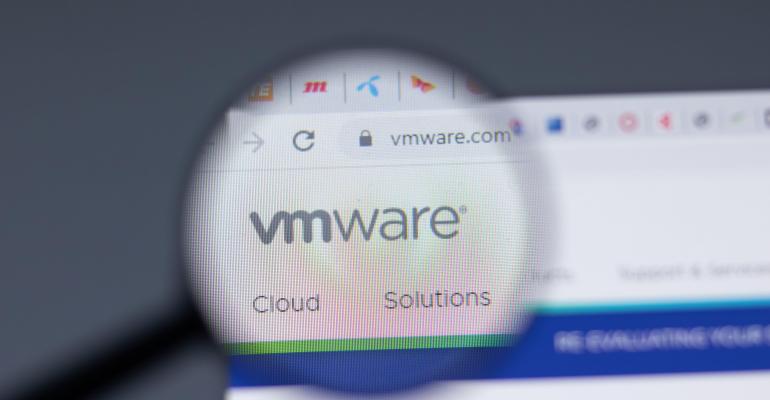 At VMware Explore conference, the company announces new software to centrally manage the performance, cost and security of their workloads across their private and public clouds.

VMware has given enterprises the tools to build cloud-native applications and adopt multi-cloud environments, where apps and data run on-premises and across multiple public clouds. Now, the company wants to help organizations solve the management challenge that results from it.

The company on Tuesday announced VMware Aria, a software portfolio that enables data center operators to centrally manage the cost, performance, security and the configuration and delivery of infrastructure and cloud-native apps across their distributed environments.

“You have a single pane of glass of management across all clouds and across all platforms – VMs and Kubernetes,” said Purnima Padmanabhan, VMware’s senior vice president and general manager of cloud management, in a media briefing. “VMware Aria is about driving business agility with solutions that make multi-cloud complexity invisible.”

VMWare introduced Aria among many product announcements at its VMware Explore 2022 conference in San Francisco on Tuesday, including major updates to its vSphere server virtualization and vSAN storage virtualization software, new edge computing software and network and security improvements.

The company on Tuesday announced that VMware vSphere 8 with support for data processing units (DPUs) will be available by October. Previously announced as Project Monterey two years ago, vSphere support for DPUs offloads network and security functions off of CPUs, resulting in faster application performance and improved security.

The market for multi-cloud management tools is still emerging, and there’s not one vendor that has come up with an all-in-one solution yet, so VMware has a huge market opportunity with Aria, said Matt Kimball, a senior data center analyst at Moor Insights & Strategy.

“VMware is tackling a really big problem. It’s about managing a modernized compute environment, which is private cloud, the edge, the legacy stuff in your core data center,” Kimball said. “You have applications built in and optimized for Azure, AWS, Google or Oracle. Before you know it, you have this hodge-podge of an environment with no centralized control, so security is compromised, control is absolutely compromised and costs are skyrocketing through the roof.”

VMware’s competition in the space includes IBM Red Hat with its OpenShift management tools and Hewlett Packard Enterprise, which offers a combination of its HPE OneView IT infrastructure management software and its HPE Ezmeral software platform, which includes container orchestration, he said.

Other competitors include Oracle, Microsoft, LogicMonitor, Morpheus, NetApp and OpsRamp, says Roy Illsley, chief architect of IT ecosystem and operations at Omdia.

Analysts say the market potential is huge and that VMware can capitalize on it.

“The market is fragmented, and VMware has the brand equity that can provide a solid footprint in this space,” says Paul Nashawaty, a senior analyst at Enterprise Strategy Group.

VMware's Aria Wants to Streamline Access to Your Multi-Cloud Data

The goal of VMware Aria is to simplify multi-cloud management and enable IT organizations to monitor and manage costs, monitor and troubleshoot the performance of applications, manage consistent security policies and speed up and automate the configuration and delivery of applications, Padmanabhan said in an interview with Data Center Knowledge.

Today, every public cloud provider offers its own set of management tools, and every discipline, such as cost management and performance management, has their own tools as well, she said.

If customers want to understand the cost and performance tradeoffs of an application that has some elements in the cloud and on premises, they would need to use about 10 tools to find the answer, she said.

In contrast, VMware Aria – which will be available in beta by October and ship by January 2023 – provides a unified multi-cloud management solution with two key technology pieces:

All the data is stored through a common definition, providing users with a single source of truth, the company said.

“It’s like an engine under the covers. It’s about ingesting a lot of data, capturing the relationships between the data and letting people query it,” said IDC analyst Gary Chen.

Chen, the IDC analyst, said VMware has a lot of competition in the multi-cloud management market, but it has the potential to succeed because of its large installed base of vSphere customers.

“It’s really about capturing the customers they already have. VMware can say to them, ‘you can manage the VMware environment plus your multi-cloud with the same stuff.' That could be appealing to a lot of people – the ability to consolidate tools,” Chen said.

Illsley, the Omdia analyst, agreed. VMware customers that use the company’s existing management tools like VMware vRealize can easily transition to Aria, according to Padmanabhan.

“VMware has recognized the world is going multi-cloud and that needs an orchestration and management layer,” Illsley said. “End users will like it as it builds on existing skills and that means its administrators can now do more without having to re-train.”