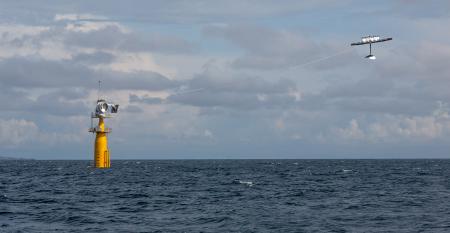 Google Shuts Down Its Moonshot Wind Energy Unit Makani
Feb 20, 2020
“Despite strong technical progress, the road to commercialization is longer and riskier than hoped..."

Dropbox Names Google Cloud’s Olivia Nottebohm Chief Operating Officer
Jan 31, 2020
Part of her role will be selling Spaces, which integrates Dropbox files with productivity software by the likes of Slack and Atlassian.

Google Tops Green-Energy Buys, BlackRock Seen Jogging New Growth
Jan 29, 2020
US tech giants including Google led the way as corporations raised the amount of clean energy they bought in 2019 by about 40 percent.

Google Reaches 10-Year Deal on Cloud, Travel With Sabre
Jan 23, 2020
Besides IT and analytics, the two will collaborate on online travel services, a sign of Google leaning on its consumer business to lure enterprise clients.

Google’s Solar Deal for Nevada Data Center Would Be Largest of Its Kind
Jan 15, 2020
The company wants to power an upcoming cloud region by a massive solar plant combined with battery storage.

Google Launches IBM Power Systems as a Cloud Service
Jan 15, 2020
The service is aimed at legacy enterprise workloads. Google is the second major cloud provider to offer the option besides IBM.

Google Details Its Zero-Trust Architecture. Can Enterprises Use It?
Dec 18, 2019
The firewall is dead, and zero trust is here to replace it. But Google’s BeyondProd is only one way to skin the zero-trust cat.

A Billion People’s Data Left Unprotected on Google Cloud Server
Nov 22, 2019
The data is said to have been scraped by a data seller, but it's so far unclear who stored it, unprotected, in Google's cloud.

Google Wins Vodafone Data Deal in Battle With Amazon, Microsoft
Nov 21, 2019
Google Cloud will become “the brains of [Vodafone's] business as we transform ourselves into a digital tech company.”
Load More