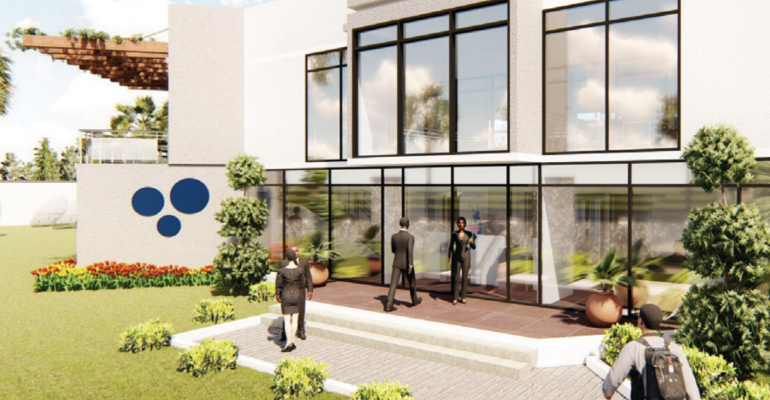 The cash transaction is the first move into Africa for California-based Equinix.

Equinix Inc. is acquiring West African digital infrastructure firm MainOne Cable Co Ltd. at a valuation of $320 million, one of the continent’s biggest tech deals this year, allowing the U.S. data-center investor to tap into a regional boom.

MainOne, founded by entrepreneur Funke Opeke, is the owner of three data centers in Nigeria, Ivory Coast and Ghana, while a fourth is under construction. The company also previously raised funding to lay a sub-sea cable stretching from Portugal to West Africa.

The deal includes MainOne’s land, “which is probably enough to build another 10 data centers,” Judith Gardiner, Equinix vice president for emerging markets, said in an interview. “There is an expansion plan that will come online next year and we will be concentrating on the region.”

The cash transaction is the first move into Africa for California-based Equinix, taking advantage of a predominantly young population with increasing access to the internet.

Tech giants such as Amazon.com Inc. and Microsoft Corp. have also invested in data centers in African countries in recent years as demand for storage grows. The continent accounts for just 1% of global data center capacity even though that capacity has doubled in the past three years, according to Xalam Analytics.

Equinix shares are up almost 12% this year, valuing the company at $71.7 billion.

For MainOne, the transaction provides the group with access to capital and networks to bolster its expansion plans, said Opeke, who will still be heading the firm. “We plan to continue to build out our infrastructure to meet the data consumption needs in the region,” she said.

“This deal signifies a landmark for our ecosystem as the single largest tech deal this year,” African Business Angel Network President Tomi Davies said by text message. That Opeke “is staying at the helm is not surprising remembering she once helped run MTN Nigeria as chief technology officer.”

MainOne generates about $60 million a year in sales and provides services to major tech firms including Google and Facebook Inc. Nasdaq-listed Equinix owns 237 data centers and operates in 27 countries.

“There have been few deals on the acquisition front for real value,” Abake Adenle, chief executive officer of Ajala, a startup focused on speech recognition technologies for African languages, said by phone from London. “Most deals have been in the private equity or venture capital space. And having this valuation signals a maturation of the tech space.”

The Equinix-MainOne transaction is expected to close at the end of the first quarter next year, subject to regulatory approvals.