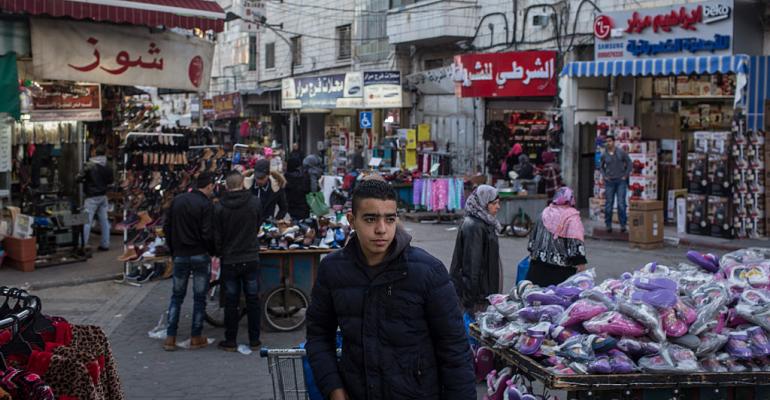 Chris McGrath/Getty Images
A man selling shoes waits for customers on a street on January 17, 2017 in Ramallah, West Bank.
Cloud

Palestine Telecommunications has built a $10 million data center to position the Palestinian Authority as a networking bridge from the Middle East to Europe.

Palestine Telecommunications Co. has built a $10 million data center in Ramallah to position the Palestinian Authority as a networking bridge from the Middle East to Europe.

The hub opens later this year offering co-location, cloud-based disaster recovery, back office and other services. PalTel has sold all of the capacity to Palestinian banks and institutions and already has plans to expand, Chief Executive Officer Ammar Aker said by phone.

While the data hub is a first for PalTel, Aker said he was in talks with major multinational businesses interested in using the site.

“Return on investment will be immediate,” Aker said.

More worrying to Aker are the finances of the Palestinian Authority, which has been hit by a U.S. decision to cut aid and a tax dispute with Israel. He said the local government owes PalTel $60 million but the company, the territory’s largest employer, may never see the money.

“The financial situation of the Palestinian Authority is frightening for anyone doing business in Palestine,” said the executive, who has worked for PalTel for two decades. “You have to deal with challenges of a different shape every day and hope things on the ground will improve.”