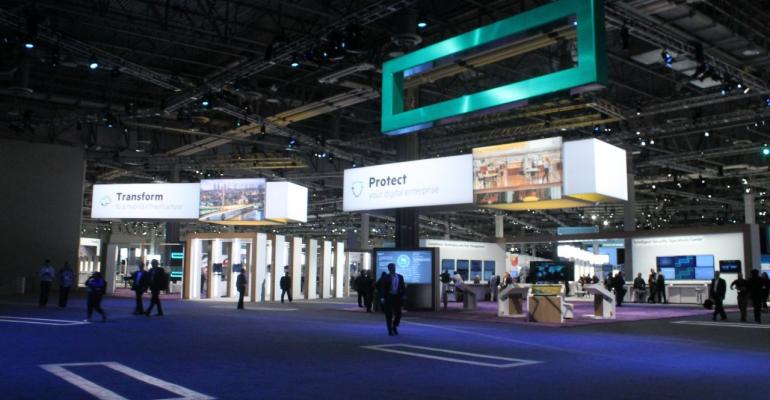 Since taking command, Antonio Neri has pledged to make HPE a services company. So maybe it shouldn’t be a surprise if that’s what actually happens, very soon.

In extraordinarily foreshadowing statements to reporters in advance of this week’s Discover virtual conference, Hewlett Packard Enterprise CEO Antonio Neri stated that a simplification of his company’s product portfolio is in the works. Taking the bait and running with it more than once, Neri agreed with the notion that HPE’s service branding was presently too complex. After a round of simplification, he said, the GreenLake brand — unveiled two years ago as a catch-all brand for HPE’s cloud services — should become at least as well-known as HPE’s in the public mind, if not more so.

“I think it’s a transition happening as we speak,” Neri told independent reporter Moises Polishuk.  “You should think about the future being just GreenLake, and underneath that, you get access to the right resources, whether it’s compute, storage, data services, or connectivity for that matter.”

On Tuesday, HPE unveiled a new tier of its GreenLake cloud services platform it calls Lighthouse. Neri described it as an “edge-to-cloud platform” capable of presenting on-premises, multiple public cloud providers, and edge deployment locations as a single space to enterprises. Distributed workloads would then be deployable into this space, with the system capable of determining the fastest, and/or most economical, location for any given production period.

That’s certainly in keeping with Neri’s promise made two years ago at Discover: a transition toward “everything-as-a-service,” probably in time for Discover 2022.

Here’s where the confusion creeps in: When Neri first outlined the need for such a platform, GreenLake appeared to be that platform. Since then, HPE unveiled Ezmeral, its branded Kubernetes service which the company described at that time as an edge-to-cloud platform for deploying “modern apps” (containerized packages developed under DevOps frameworks).

Now, here comes Lighthouse, which is being described as a “cloud-native” solution that extends from end-to-end. Which makes everything seem as much of an oxymoron as a marketing phrase that was popular for a time: “Local Everywhere.” How can a workload be native to something if it’s just as home in one place on the platform as anywhere else? 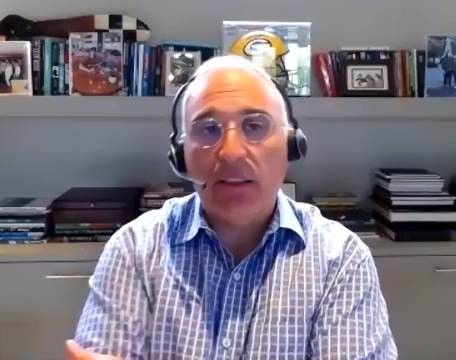 “Think about, in this massive, distributed enterprise, cloud will live everywhere,” said Neri.  “For us, cloud is not a destination; it’s an experience for all your apps and data. But more and more, we’re living in a distributed enterprise. So if I need a cloud capability to run multiple workloads, now I can do it with HPE GreenLake Lighthouse, which is a true cloud-native solution.”

Lighthouse is the latest effort at producing a turnkey deployment system, the CEO continued. The scale of its deployments is presented to the administrator in a “small / medium / large” context, handling the details of configuration under the hood, and patching together compute, storage, and runtime resources.

Each new tier of the platform — from the GreenLake base to Ezmeral and now to Lighthouse — seems to bring HPE closer to its original goal, as Neri first outlined it. But as reporters and analysts were clearly wondering, if cloud is really an “experience” as he says, why should it be presented to the customer as a staircase rather than an elevator?

Neri not only appeared to agree, however, he seemed to be willing to take the whole brand simplification idea a huge, much bolder step further. With the 2017 spinoff of HPE’s enterprise services division into DXC Technology still fresh in reporters’ minds, more than once, they may have noticed Neri alluding to the kind of simplification that only takes place through restructuring.

So when one reporter asked Neri whether he felt GreenLake would become a broader brand than HPE itself in five years’ time, the CEO’s response was perhaps more revealing than anyone expected.

“Yes, absolutely!” he said.  “That’s the intent, right? That’s the goal. That’s why we let out a vision that GreenLake should be synonymous to HPE. Absolutely. This will be our leading product, our leading offer, our leading experience, where everything else underneath, you know, is part of that experience — whether it’s connectivity-as-a-service, whether it is. . . workload optimization, whether it’s AI/machine learning, all of that caters to that platform. That’s why we call GreenLake the edge-to-cloud platform.”

Later, Neri went so far as to project the next major milestone date. His marketing team, he divulged, is busy working on a brand simplification project with a six-month timeframe.  “By the time we get to December,” he said, “everything will be in a much different place.”

The complete absence of ProLiant, or any HPE hardware component, from Neri’s press briefing, only shines a spotlight from the opposite angle, upon this re-re-reformed vision of HPE — one that exists, in Antonio Neri’s own words, in a much different place.