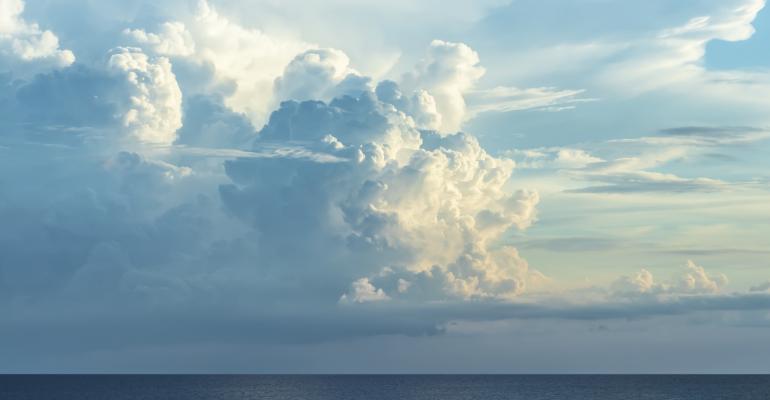 Even the best cloud computing trend must end: Why PaaS, serverless, OpenStack and multicloud have already seen their best days.

Platform-as-a-service, or PaaS, played an important role in sparking the cloud computing revolution in the mid-2000s. PaaS vendors like Heroku helped companies see the value of moving application development and deployment into cloud-based environments. Once companies made that switch, the adoption of other types of cloud services--like IaaS and SaaS--often followed.

Today, however, I’d argue that the cloud computing trend of PaaS as a distinct type of cloud service is basically dead. Standalone PaaS platforms have been largely superseded by PaaS-like services that are built into large public clouds, like AWS and Azure. These clouds don’t really offer a traditional PaaS; rather, they provide different sets of application development and deployment tools that are integrated into their other services.

As early as 2011, folks were noting that PaaS and IaaS seemed to be blurring together. That transformation is now complete, and the PaaS cloud computing trend--for my money, at least--has lots all of its meaning.

This isn’t to say that the core functionality of PaaS is no longer important. It is, in the sense that cloud-based application delivery pipelines are part and parcel of many organizations’ development strategies. But PaaS has ceased to be a thing unto itself. If you go around today talking about how important PaaS is, you’ll sound like you’re living in the past.

Serverless functions generated a lot of buzz when they became part of mainstream cloud computing platforms (starting with the debut in 2014 of AWS Lambda). At the time, analysts were excitedly predicting that many cloud-based workloads would shift to a serverless deployment model, which theoretically saves money and adds flexibility because you only have to pay for serverless functions when they are actually running.

To be sure, serverless is still around, and many organizations are taking advantage of it. But I’m not sure that serverless computing has fully lived up to the hype it spawned several years ago.

This is probably due in part to the fact that serverless isn’t an ideal fit for every type of workload; it works well only in situations where you have a compute-intensive snippet of code that doesn’t need to run constantly. The stagnation of the serverless cloud computing trend also likely reflects the fact that serverless functions--as most cloud vendors currently offer them--pose high lock-in risks: Each vendor’s serverless service is different, and migrating from one to another is challenging.

Ah, OpenStack--the open source framework that promised to make it free and easy for any company to build its own private cloud, and thereby escape the clutches of public clouds like AWS and Azure, or proprietary DIY cloud platforms like VMware.

For a time, that promise seemed to be playing out. OpenStack scored big wins with companies like PayPal, which used OpenStack to replace its VMware-based infrastructure.

But then Docker and Kubernetes--two other open source technologies that could be used to assemble a custom IaaS configuration--came along and made OpenStack’s functionality less impressive. At the same time, fragmentation within the OpenStack ecosystem--where different vendors were offering different implementations of the platform--made OpenStack less vendor-agnostic than its open source nature seemed to imply. And the decreasing cost of public cloud platforms during the past several years has made private clouds a less compelling cloud computing trend overall.

Yes, OpenStack is still alive and well, and it continues to evolve with interesting new features, like StarlingX. But many of the vendors that originally specialized in OpenStack, such as Mirantis, have now shifted their attention to Kubernetes. Others, like SUSE, have dropped out of the OpenStack market altogether.

The niche that OpenStack has carved out for itself will not disappear anytime soon. But the mainstream momentum that the platform once enjoyed has petered out.

Saying that multicloud is an outdated cloud computing trend may seem like a bold statement. But it’s one that I increasingly feel is accurate.

Circa 2017, multicloud was all the rage. It was the key to achieving greater flexibility, reliability and cost-efficiency, we were told.

But, more recently, companies have started to realize that the added complexity that multicloud imposes may not always be worth it. It’s telling that an organization with reliability needs as great as those of the Department of Defense, in planning its JEDI initiative, opted for a single cloud.

Multicloud strategies are surely effective in some cases. I don’t mean to imply in any way that multicloud has no place, or that it should be abandoned entirely. But I suspect that we’ll see this particular cloud computing trend wane during the coming years. Having multiple clouds won’t end up being the “default” approach that many analysts seemed to imagine a couple of years ago; it will just be an option that certain organizations pursue.

Some of the oldest types of cloud computing trends and services still remain immensely important today. IaaS is not going away anytime soon. Neither is SaaS. But certain categories of services and cloud strategies that once generated tremendous buzz no longer seem so important. They may continue to enjoy some use cases, but they won't feature as centrally in cloud architectures and conversations as they once did.