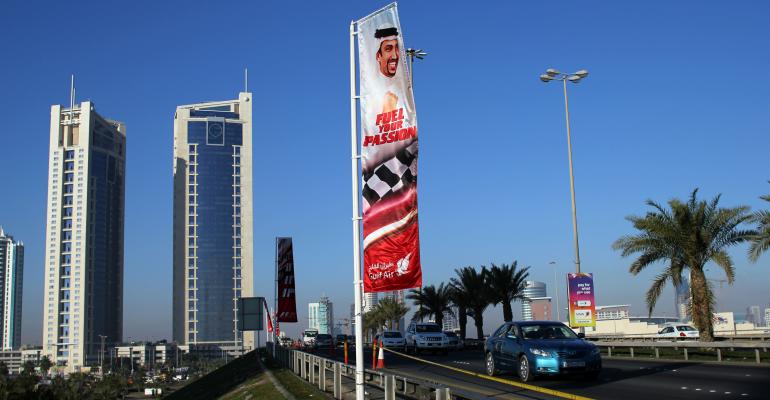 Amazon Web Services announced Monday a plan to launch cloud data centers in Bahrain. Unless someone beats Amazon to it, the three facilities will host the first cloud availability region in the Middle East by an American cloud services giant.

AWS’s biggest US rivals, Microsoft Azure and Google Cloud, don’t have full-fledged availability regions in the Middle East and haven’t yet announced plans to build them. Their Chinese competitor Alibaba Cloud, however, does have a cloud region in Dubai.

The AWS cloud is currently in 16 regions, with 44 availability zones total. Another 14 zones in China, France, Hong Kong, and US (a second region for government customers) are expected to come online by the end of next year. Azure currently has the widest global coverage, with cloud data centers online in 36 regions and new facilities in the works in six more.

Serving a region from data centers located there improves performance of cloud applications for local customers, cuts data transport costs for customers and cloud providers, and provides a local application hosting option to customers bound by law to host data within country borders. Cloud providers address the first concern (latency) by setting up smaller “edge” nodes in colocation data centers in places where they don’t have full cloud availability regions; the latter two issues can only be addressed by building or leasing large data centers locally.

AWS also announced on Monday that it would launch an edge location in the United Arab Emirates in the first quarter of 2018.

AWS is planning three availability zones in Bahrain at launch, expected to come online in early 2019. Individual availability zones are data centers that are independent of each other but located within a single region. Sometimes they’re in separate buildings, miles apart from each other, but they can also be on a single campus, each zone supported by its own electrical and mechanical infrastructure and with its own network connectivity.

The approach enables cloud users to improve resiliency of their applications by replicating virtual machines, databases, and storage repositories across multiple zones within a region. A single-zone data center outage is a lot more likely than a region-wide one.

Amazon and Google have been building out their cloud regions with multiple zones at a time. Microsoft, however, announced it would start offering multi-zone options only last week.