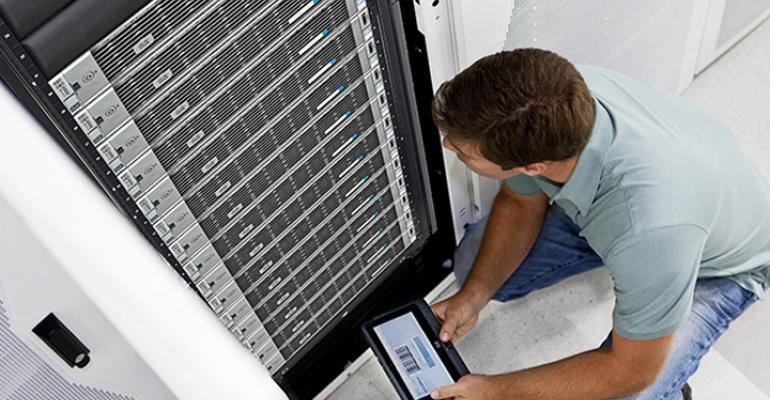 Called Cisco Hybrid Cloud Solution for Kubernetes on AWS, it is similar to what Cisco has been doing together with Google Cloud Platform. Both aim to make life easier for developers and IT teams managing infrastructure for Kubernetes, the top orchestration platform for application containers.

AWS is the most popular cloud platform, so the partnership is a big deal for Cisco, which like all legacy IT infrastructure vendors has been desperately looking for ways to remain relevant as a technology company in the age of cloud. Cisco’s hybrid cloud partnership with the second-largest cloud platform, Microsoft Azure, is of a somewhat different nature. Cisco sells a hardware solution for the software stack that gives customers an on-premises version of the public cloud, called Azure Stack.

For cloud providers, Cisco is a massive sales channel into the enterprise data center market, where it still holds more networking market share than any other company. AWS has another such channel into the enterprise: VMware, which provides a cloud service out of AWS data centers that integrates with AWS and customers’ on-prem VMware environments.

What’s in It for IT?

For developers, the new Cisco-AWS integration around Kubernetes means freedom from having to write applications differently depending on whether they’ll run in the cloud or in their company’s own data center.

For IT operations, it means “a common set of tools on-premises and on AWS” for Kubernetes infrastructure, Cisco said. Another gain Cisco is promising IT ops teams is enabling “containerized applications to work with existing resources and production environments.” In other words, the company is saying the solution will make IT’s lives easier by helping them support Kubernetes and containers with minimal pressure on the infrastructure side.

Experience more friction than you feel is necessary? Cisco enterprise support will cover the entire solution, the company said. That goes for all the AWS parts of it too.

Biggest of the “common set of tools” is the management user interface for the Cisco Container Platform, or CCP. The platform is now integrated with Amazon Elastic Container Service for Kubernetes (EKS), which mean you can use Cisco’s UI to provision clusters on CCP on-prem or on EKS in Amazon.

Another element of commonality is the use of Amazon’s Identity and Access Management (AIM) as the authentication mechanism for both CCP and EKS. That way, a cluster admin can apply the same access control policies to both environments.

There’s also a single repository for container images for both environments in the form of Amazon’s Elastic Container Registry and a single set of monitoring and logging tools.

You can use Cisco’s site-to-site VPN solutions for secure connectivity between CCP and AWS.

Cisco expects to make the solution available as soon as next month. It will be available as a software-only product or as part of a full software-hardware stack, with the Cisco Container Platform running on HyperFlex, Cisco’s hyper-converged infrastructure.

Cisco plans to sell the software on a subscription basis, with software-only subscriptions starting around $65,000 per year for an entry-level configuration. Additionally, AWS will charge you $0.20 per hour for each Amazon EKS cluster you spin up, as well as the cost of whatever cloud compute or storage resources that cluster is using.