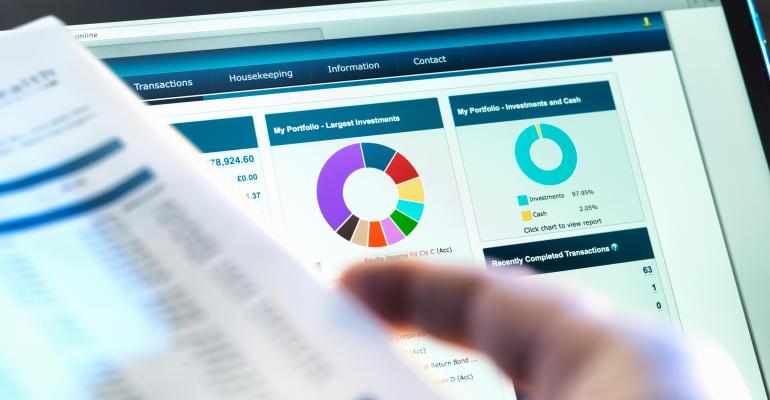 Nvidia Is on Sale and Cathie Wood Is a Big Buyer

A rebound for Cathie Wood’s exchange-traded funds may depend in part on an equally battered large-cap technology stock that’s been a long-time favorite of hers -- Nvidia Corp.

ETFs controlled by the growth stock proponent’s ARK Investment Management LLC have been loading up on Nvidia shares, purchasing more than 400,000 in September, according to the firm’s daily trading disclosures. ARK funds held more than 675,000 shares as of June 30, according to data compiled by Bloomberg.

Nvidia shares have plunged 55% this year, the biggest drop among tech stocks with market values of $100 billion or more. Sales growth has slowed at a time when valuations for rapidly expanding companies have come under intense pressure amid soaring interest rates. The stock rose 0.5% on Monday, September 19.

That’s left the stock cheaper than it was last year when its market value was climbing toward $1 trillion. Yet at 32 times projected earnings, its still priced above its average over the past decade.

Wood has long been a fan of Nvidia, whose graphics processors are used in personal computers and for complex computing tasks required for artificial intelligence. Shares of the Santa Clara, California-based company have been part of her portfolios since ARK began in 2014, along with electric-car maker Tesla Inc.

Still, ARK’s conviction has wavered at times. The firm sold nearly 300,000 Nvidia shares on Aug. 23, the day before the chipmaker reported earnings in which its quarterly revenue forecast fell about $1 billion short of the average Wall Street estimate. ARK representatives didn’t respond to inquiries seeking comment.

“Nvidia is a high-quality company and while it was expensive earlier this year, the correction has made it look pretty attractive at these levels,” said Greg Taylor, chief investment officer at Purpose Investments Inc.

Wood’s affinity for Nvidia was a massive boon as the shares soared from about $4 at the start of 2014 to more than $330 late in 2021, when Nvidia’s market value peaked at more than $800 billion. This year, however, the stock has been a big drag. Nvidia has fallen 60% from a Nov. 29 record, shedding about $500 billion in market value along the way.

Of course, Wood has been criticized as her portfolios have taken a beating with economic conditions weighing disproportionately on the high-growth, high-valuation stocks she tends to favor. Her $8 billion flagship ARK Innovation ETF has fallen 55% this year.

As for Nvidia, Wall Street has been slashing earnings estimates. Projections for 2023 profits under generally accepted accounting principles have fallen more than 50% over the past three months, according to data compiled by Bloomberg.