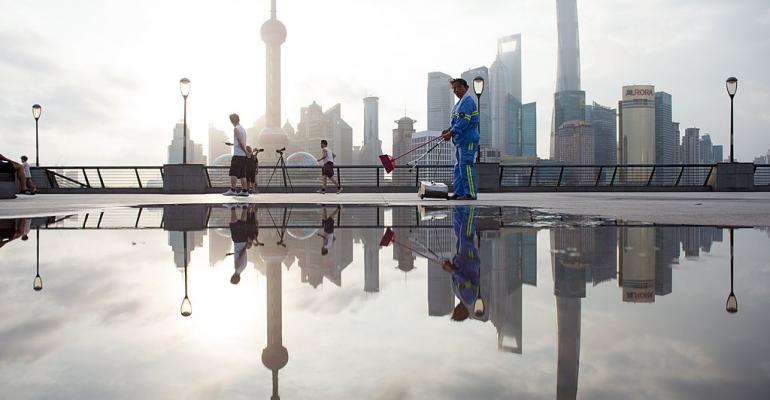 A deal could give the China data centers a valuation of about $4 billion to $5 billion, they said.

(Bloomberg) -- GLP Pte is considering raising fresh funds to help expand its data centers platform in China amid increasing investor demand for digital infrastructure assets, according to people familiar with the matter.

The Singapore-based investment manager is seeking to raise about $500 million from investors in exchange for a minority stake in the platform, the people said, asking not to be identified because the matter is private. A deal could give the China data centers a valuation of about $4 billion to $5 billion, they said.

GLP has started sounding out potential interest from other digital industry players and other investment funds, the people said.

GLP is one of the largest independent data center operators in China and its assets, including those under construction, will help deliver about 1,400 megawatts of IT capacity upon completion, according to its website.

The proceeds from the fundraising could help expand GLP’s data centers platform both organically and via acquisitions, the people said. Considerations are preliminary and details such as the size could still change, the people said.

Representatives for GLP didn’t immediately respond to requests for comment made via phone and email.

Digital infrastructure assets such as data centers have become hot assets during the coronavirus pandemic as platforms supporting everything from video streaming to online gaming surged in popularity. That’s led to increasing interest from financial investors and industry players seeking to gain scale through consolidation.

GLP was founded in 2009 as a global investment manager, developer and operator of logistics real estate, according to its website. The firm has expanded into areas including data infrastructure, renewable energy and related technologies. It is present in 17 countries and counts about $120 billion in assets under management.