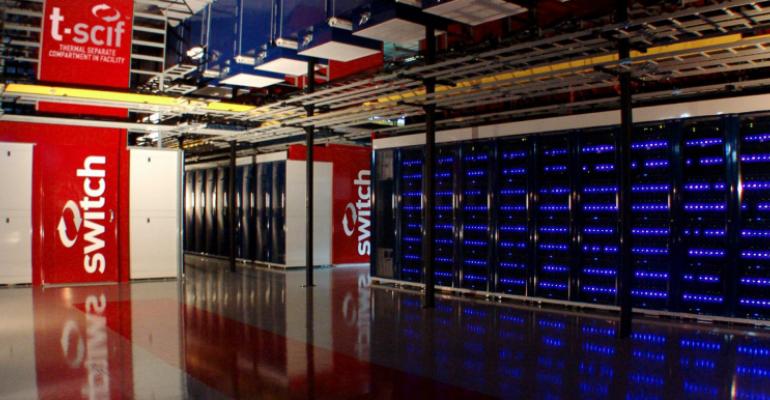 DCK Investor Edge: The Unique Proposition of a Switch IPO

First look under the hood of the quickly growing data center business.

Data center provider Switch’s filing for an initial public offering is compelling; the company holds many data center design patents and (as we now know) has an impressive growth track record.

It’s selling the sizzle of exciting technology and global vision of founder, CEO, and chairman Rob Roy. However, as with all investments, in data center stocks or otherwise, the devil can often be found in the details.

Switch’s recently filed preliminary IPO prospectus is the first opportunity to learn how the business operates. Private companies typically hold things close to the vest, and that’s usually an advantage.

In the first of our two-part series on the potential IPO, we try to understand the Switch business model. It is important to understand the IPO filing in context of a major shakeup underway in the data center REIT world.

On September 13, both companies’ shareholders voted to approve the merger, which closed today.

If the Switch IPO happens, investors pouring money into public and private data center operators will soon have a new publicly traded data center stock. Switch develops and operates some of the largest data center campuses on the planet. Additionally, it has developed an interconnection-focused colocation ecosystem at its flagship Las Vegas Core campus.

When the Digital/DuPont merger was announced, DCK Investor Edge noted:

After the proposed merger is consummated, there will no longer be a 100 percent pure-play wholesale data center REIT play for investors. Nature abhors a vacuum. So, it remains to be seen if an IPO will materialize to create another such option.

Switch has the potential to fill that vacuum; it filed for its IPO on June 29, shortly after the Digital/DuPont merger was announced.

On a simplistic level, the Switch IPO gives investors another opportunity to invest in a smaller-cap, growth oriented, colocation, and wholesale data center operator.

The ability to provide both super-wholesale and retail colocation and interconnection options for customers is the biggest factor that sets Switch apart from DuPont Fabros.

As of June 30, 2017, Switch reported having 808 customers, with its top tenant eBay accounting for just under 10 percent of annual licensing (lease) revenues. DuPont Fabros currently serves less than three dozen customers and derives over half of revenues from its top-five customers, including: Microsoft, Facebook, and Apple.

Each of the companies operates in just three markets today, with the majority of data centers concentrated in a single market. DuPont Fabros is heavily concentrated in Northern Virginia, the largest Tier 1 market in the US, while Switc derives about 95 percent of revenue from Las Vegas, a data center market it essentially created and continues to dominate.

Switch already operates at a scale similar to several publicly traded data center REIT peers, with three campuses containing over 4 million square feet of data center space and over 400 MW of available power, with plans to expand to 12 million square feet. An expansion into Atlanta for a fourth Switch campus is already underway.

However, the SEC filing reveals many subtle and material differences in how Switch views its business and relationship to the evolving global distributed IT paradigm. The description of the company is enlightening:

Switch is a technology infrastructure company powering the sustainable growth of the connected world and the Internet of Everything. Our mission is to enable the advancement of humanity by creating smart, resilient and sustainable infrastructure solutions that support the most innovative technology ecosystems.

The phrase "data centers" isn't even part of the initial description, even though its mega-scale data center campuses are the business’s core physical assets. In a world where many publicly traded REITs do not list their top tenants by name due to non-disclosure agreements, it is comforting for investors to see many highly respected Fortune 1000 logos listed among hundreds of Switch’s customers.

The Switch customer base is diversified across key industries, "including approximately 24% in cloud, IT and software, 19% in digital media and entertainment, 17% in retail and consumer goods, 10% in financial and 10% in telecommunications," according to the company.

In the US, the largest wholesale data center markets are in Northern Virginia, Dallas, Chicago, and Silicon Valley. Rather than utilize the same strategy as its pubic peers, Switch has chosen to compete for large wholesale deployments from locations in adjacent markets.

Notably, Switch operates (and dominates) in the alternative markets of: Las Vegas and Reno, Nevada, where it has constructed and operates a dedicated fiber network to reduce latency to the big markets in Los Angeles and Silicon Valley.

The company has converted the pyramid-shaped former Steelcase headquarters in Grand Rapids, Michigan, into a state-of-the-art data center, near the Chicago market. In addition, it recently purchased land to develop The Keep Campus, in Atlanta. These Switch campuses are referred to as "Primes."

Notably, the price of power in the Atlanta market is one of the lowest in the country, making it competitive with Northern Virginia rates, with a fiber network serving the Southeast. In Nevada, Switch has worked for years to obtain the right to buy energy on the national market to provide more attractive options for customers. In 2016, it took a one-time $27 million impact fee charge to make this happen.

Switch has provided 100-percent renewable energy to all its campuses since January 2016 and claims to be the largest data center provider to operate exclusively on green energy in the US:

This is a differentiator for Switch at a time when all hyper-scale and many enterprise colocation customers are looking to reduce their environmental impact and global carbon footprint.

Switch is not proposing to have a REIT structure. So, unlike the companies behind other publicly traded data center stocks, it is not required to pay out at least 90 percent of taxable REIT income as dividends to shareholders. The uncertainty of a dividend is just one of the unique aspects of the Switch IPO filing.

Part Two of this series will take a closer look at the Switch IPO prospectus, strictly from the point of view of an investor in data center stocks.