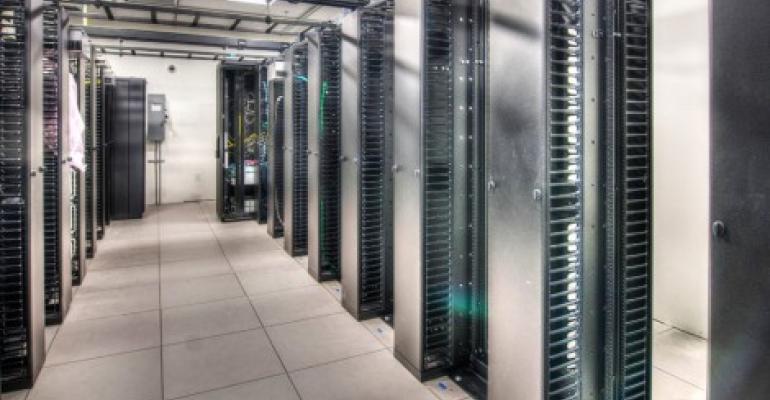 CoreSite
Inside a CoreSite data center in Reston, Virginia
Business

But the report also found that absorption of data center space available for lease “returned to normal levels after record leasing in 2016.” Cloud providers, who were largely behind last year’s record leasing, are still a major force in the market this year, while data center construction across the US is heating up.

Industry experts and investors have spent the past six months trying to figure out the “new normal” after a record leasing year in 2016, led by hyper-scale cloud service providers Microsoft and Oracle.

The JLL report confirms what many industry observers have discussed anecdotally — hyper-scale cloud leasing has been dialed back.

“US markets absorbed a total of 182.1MW from January through June this year, compared to 249.1MW across the same timeframe in 2016. Canadian markets on the other hand captured 34.7MW of absorption in H1 2017, nearly 10MW more than H1 2016, carried by sizeable upticks in Toronto and Montreal.”

The cloud leasing train left the station so fast in 2016 that it sputtered and ran out of fuel toward the end of the year. First half of this year saw more moderate leasing.

While leasing in the Northern Virginia data center market is down 25 percent compared to last year, there is plenty of space under construction which will be delivered during the second half of this year.

The San Francisco/Silicon Valley data center market has once again lived up to its reputation as being one of the “lumpiest” Tier 1 markets, down almost 95 percent year-over-year. A lack of entitled land limiting new supply makes it difficult to measure current demand after a record 58MW of critical load was leased by this time last year.

So far, Montreal and Atlanta have doubled up on leasing success year-over-year, while new supply in Dallas has helped to jump-start leasing during the first half of 2017.

Notably, in Toronto JLL reports 41MW currently under construction. This is a huge increase over prior years, which equates to over three times the impressive 13.9MW of space absorbed there year-to-date.

One prediction made earlier this year by JLL managing director Bo Bond, a Dallas market expert, was right on the money. Lease signings for block and tackle corporate requirements dried up in Dallas during the final quarter of 2016, partially due to lack of supply.

Read more: JLL: Expect the Dallas Data Center Market to Have a “Chicago Year” in 2017

Bond told Data Center Knowledge back in January that he expected to see “bottled up enterprise demand as a tailwind.” Here was his prediction:

“The last quarter of 2016 saw a buzz of Fortune 1000 Enterprises touring spaces for 2017 deployments. Many of those customers are already placing purchase orders for new equipment to be placed in ‘soon to be delivered’ facilities. Expect Q1/Q2 2017 to report solid enterprise colo signings in Dallas.” Chicago remains a hot wholesale market mainly because of hyper-scale leases. However, two-thirds of the Dallas leasing was due to more traditional corporate requirements, including enterprise hybrid IT deployments.

The chart below shows that cloud leasing is still driving a significant amount of the absorption in several of the top markets. However, Pacific Northwest, Atlanta, Las Vegas/Reno, Toronto, and Phoenix joined Dallas in the camp where the majority of deals where inked with enterprise customers. A slowdown in hyper-scale signings has left some larger blocks of space available for corporate users who were shut out in some markets due to “The Great Absorption of 2016,” according to JLL.

M&A activity has skyrocketed in the first half of the year, reaching north of $13 billion, and is likely to continue. JLL believes that the publicly traded data center REITs will continue merger mania (“activity is nearly guaranteed”), as acquisitions of assets and takeover targets play out the remainder of the year.