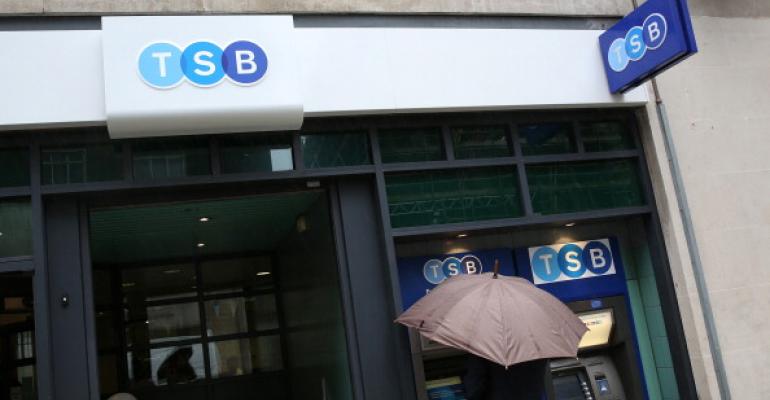 Bank CEO Apologizes to UK Lawmakers for IT System `Shambles'

TSB chief promises to relinquish part of his bonus after a bungled roll-out of a new computer system.

Stephen Morris (Bloomberg) -- The chief of Banco de Sabadell SA’s U.K. unit repeatedly apologized to lawmakers and will relinquish part of his bonus after a bungled roll-out of a new computer system left hundreds of thousands of customers unable to access services.

TSB Banking Group Chief Executive Officer Paul Pester, who’s run the lender since 2013, said he takes “absolute responsibility” for “unacceptable” customer service, in testimony before the Treasury Select Committee in London on Wednesday. However, Pester denied the new platform was rolled out prematurely without adequate testing or that its Spanish parent company, which provided the system, put pressure on them to speed up the process.

Chairman Richard Meddings said Pester had agreed not to take the portion of his bonus related to a successful migration of customers to the computer system, but declined to say if the CEO would be awarded any other incentive pay this year. Neither said they could give a date when all problems should be resolved, when asked by Labour Party politician John Mann when the “shambles” will be over.

Lawmakers grilling the TSB bosses and Sabadell executive Miquel Montes said some members of their staff with TSB accounts were still unable to log in through the app even as the hearing was going on, 13 days after the problems started. Pester came under fire from customers and politicians last week when he claimed the IT migration had gone “smoothly” despite the widespread disruption.

TSB’s attempt to upgrade systems for its 1.9 million online and mobile customers left hundreds of thousands unable to access their accounts, make payments, pay their staff or finalize their mortgages. The bank tried to switch 5 million customers and 1.3 billion records to software run by its Spain-based parent Sabadell from a system operated by Lloyds Banking Group Plc, which spun off TSB three years ago.

Pester said he was “deeply sad” about the damage to the bank’s reputation and that the 30 minute wait time taken for customers to get through to an agent on the phone was “very very poor.” Nevertheless, he maintained “the underlying engine of the bank is working very well” and he’d flown in a team from IBM to help their team sort the problems.

The bank has received 40,000 complaints since the problems started, compared to about 3,000 it would expect over that time in normal circumstances. The managers said about 95 percent of customers are able to access their accounts and services fully.

The system collapse could result in TSB paying fines and compensation, while the Bank of England’s watchdog the Financial Conduct Authority said it plans to talk to the firm to understand what went wrong.

TSB will consider claims from non-TSB customers who suffered losses, executives have said. The lender will waive overdraft fees and interest charges in April for its retail and small business customers, as well as increase the interest rate on its Classic Plus account to 5 percent from 3 percent.