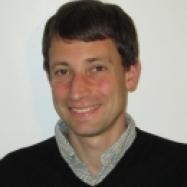 Christopher Tozzi is a technology analyst with subject matter expertise in cloud computing, application development, open source software, virtualization, containers and more. He also lectures at a major university in the Albany, New York, area. His book, “For Fun and Profit: A History of the Free and Open Source Software Revolution,” was published by MIT Press.

IoT Past and Present: The History of IoT, and Where It's Headed Today
Apr 29, 2016
The history of the modern Internet of Things (IoT) dates back to the 1990s, yet IoT has evolved hugely since then, thanks especially to the cloud

GitHub Forum Highlights Public Views on Open Source in U.S. Government
Apr 08, 2016
What's good about open source software, what are its limits and how should it be used in government? These are issues that the public is now debating vigorously in a new forum created by the U.S. government following...

Survey: Containers and Microservices Now Entering Production Environments
Mar 29, 2016
Containers -- the data center technology you've heard all about, but probably not seen often in production -- are finally making their way into the real world. That's according to a survey out this week from NGINX.

What Does Open Source Software Mean to US Government?
Mar 22, 2016
The government wants more "open source" within federal agencies, but it seems to have a vague sense of what open source actually entails
Load More