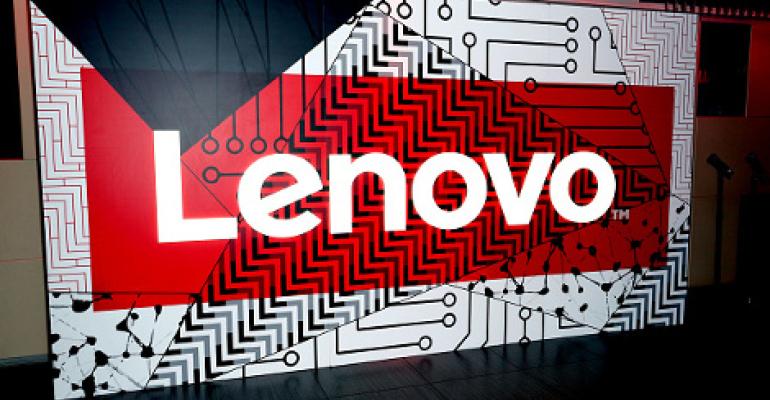 The takeaway from Tech World Transform, the Lenovo lovefest held last week in New York City, is that Lenovo has its eyes on the data center market. So much so that Emilio Ghilardi, the company's North America president, said he sees the data center, and especially hyper-converged infrastructure, as the company's "growth engine." To fuel the growth, the company announced a new portfolio of data center products under a new brand called ThinkSystems. In addition, the company introduced ThinkAgile, another new brand for turnkey infrastructure offerings.

"You can think about [ThinkSystems] as our server portfolio, our storage, and our networking, both top of the rack and embedded into our blade infrastructure," Kamran Amini, general manager of Lenovo's server and storage system unit, told Data Center Knowledge. "ThinkAgile basically is our software defined platform, and that leverages the best of breed of our ThinkSystem product line, so there's server technology that you run on."

The company has plenty of room for growth in the data center market. According to a March server market report from Gartner, in the fourth quarter of 2016 Lenovo made a fifth place showing, based on revenue, with a 6.4 percent market share. This was down from a same-time-the-previous-year share of 7.5 percent, representing a 16.7 percent drop in server revenue.

But Lenovo now seems to be going the extra mile in its bid to gain data center traction. ThinkSystems represents the first major upgrade to its server portfolio since it acquired IBM's x86 server business more than three years ago, and includes multiple new server lines, storage systems, and the ThinkSystem RackSwitch line, which is designed to ease the deployment of hybrid cloud data centers. Indeed, all of Lenovo's new offerings seem to spin around making things easier on data center operators.

The new servers are an assortment of top-of-the-line next generation products designed for a variety of use cases. The most noteworthy feature, however, might be the inclusion of a built-in management tool, XClarity Controller, that runs on its own dedicated microprocessor. "We kept getting feedback from our clients about how as servers are getting more complicated and richer, they're taking longer to boot," Amini said. "With XClairity Controller, we're doing 2X faster boots to OS, from gen to gen, and we're getting 6X faster firmware updates on our server."

The feature isn't only about shortening boot time and firmware updates, but provides graphical real time access to manage everything from configuration to deployments on bare metal or virtual environments. "It's very easy to consume. You don't need to have a Ph.D. in management software to learn it, understand it, and actually use it. It's really targeted to drive faster access to the server itself."

This is an addition to Lenovo's existing XClarity line that includes XClarity Administrator, which offers similar functionalities but on a different scale.

"XClarity Controller is based on the server, a one-to-one management," Amini explained. "XClarity Admin is one-to-many, [including] not only servers but storage and networking management. It's a virtual machine that you can put anywhere in your data center -- it can run on a laptop, for example, or a server running VMs. We try to make it very easy to deploy, because we know that clients vary. An SMB client to a cloud service provider to a large enterprise or managed service provider -- all do their stuff differently."

Also, he points out, because XClarity Admin is a software-based solution, users don't have to purchase expensive switches or hardware to manage multiple devices as they might with some other server makers.

Of the new servers being introduced by Lenovo, perhaps the most interesting is the ThinkAgile SX for Microsoft Azure Stack. As the name implies, this offering is designed to be a turnkey solution for companies wanting to incorporate the public cloud, specifically Microsoft Azure, into an on-prem private cloud.

"It comes racked, cabled and configured," Amini said. "The customer hooks up the power. The customer -- or our service reps that are there, depending on the customer's expertise -- hooks up the networking. You set up your security and your IP settings and the platform is running."

The problem with this one is that it's narrowly focused on Microsoft Azure. Connections with other public cloud providers are possible only by going through Azure Stack, which means there's more than just a small amount of vendor lock-in. There might be a problem getting that to fly.