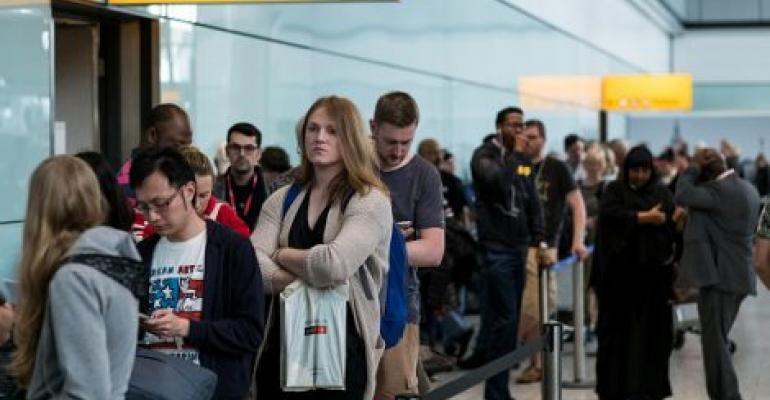 People queue to speak to British Airways representatives at Heathrow Airport on May 28, 2017 in London. (Photo by Jack Taylor/Getty Images)
Business

IAG chief apologizes for disruption, but says cuts not to blame

Maria Tadeo and Christopher Jasper (Bloomberg) -- British Airways owner IAG SA said a power outage that led to the cancellation of hundreds of flights last month probably cost it about 80 million pounds ($102 million) in lost revenue and the expense of accommodating, re-booking and compensating thousands of passengers.

The figure is based on an initial assessment and London-based IAG will update the market on the exact figure in due course,  Willie Walsh, the group’s chief executive officer, said at its annual shareholder meeting Thursday.

“It was a dreadful experience for many of our customers and we are truly sorry,” Walsh said in Madrid, adding that “BA passengers will be compensated as soon as possible.”

At least 75,000 travelers found themselves grounded over three days from May 27 as the U.K. carrier’s information-technology systems crashed. Walsh has said previously that the  meltdown seems to have happened after an engineer disconnected a power supply at a data center near London Heathrow airport, causing a surge that resulted in major damage when it was reconnected.

The CEO said that an independent investigation into the failure is progressing, while adding that there’s nothing to suggest the incident was connected to cost-cutting efforts ordered by BA chief Alex Cruz, or an attendant trend toward outsourcing some activities to less costly third-party providers.

The breakdown at British Airways came as another blow to the aviation industry, which has been plagued by passenger outrage over a number of incidents since a passenger was dragged from a plane at United Airlines.

BA suffered a further setback Thursday, when a failed Heathrow baggage system meant thousands of passengers had to leave without checked bags during the morning departure peak at two terminals used by the carrier.