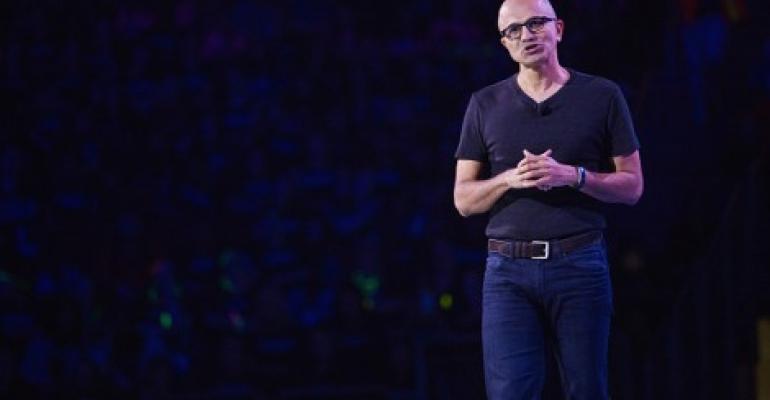 The once notoriously anti-open source company has realized it's making tons of money in the cloud thanks to open source software.

The Cloud Foundry Summit Silicon Valley opened in Santa Clara, California, today with announcements by the Cloud Foundry Foundation of a new certification for developers as well as a new member, Microsoft.

Several years ago, news of Redmond shelling out bucks to become a card carrying member of an open source project would've been heresy. After all, this is a company that spent the better part of two decades doing its best to wipe open source -- along with its flagship operating system Linux -- off the face of the earth. Times have changed. Now the company openly professes its "love" for all things open. So much so that last year it pledged $500 million yearly to became a top tier Platinum member of the Linux Foundation.

The change of heart was caused by the advent of the cloud, which moved "free" Linux and open source from being a major competitor to becoming products contributing greatly to the company's bottom line. With Azure, the company sells -- or more precisely rents -- Linux as a service (which I'll refrain from calling "LaaS"), along with OpenStack, Hadoop, Docker, Kubernetes, MongoDB and all of the other open source applications that are essential to enterprise IT.

That list would include Cloud Foundry, a PaaS platform used in both private data centers and in the public cloud to quickly deploy network apps or services. The Cloud Foundry Foundation, which oversees the application's development, is an independent not-for-profit Linux Foundation Collaborative Project.

Microsoft joins the organization as a second-tier gold member, which will cost it $100,000 a year. For its money, it gets to nominate a candidate to possibly fill one of two seats on the foundation's board of directors and will have a seat on the technology advisory board. This will give Redmond input into the directions future development takes and help assure that its needs for the use of Cloud Foundry with Azure are taken into consideration.

This is a bread-and-butter issue for the company, which under CEO Satya Nadella has been betting its future on the cloud. According to Microsoft, one in three VMs on Azure run on Linux and over 60 percent of the images in the Azure Marketplace are Linux-based. That means open source software is resulting in a lot of cash register ka-chinging in Redmond.

This also seems to be a part of an overall plan by Microsoft to help build its credibility in open source circles, where until recently (and for obvious reasons) the company's reputation was less than stellar, and where ill feelings remain in some sectors. In the past year or so, the company has not only been actively participating in important open source projects such as Cloud Foundry and Linux, it's been releasing some of its crown jewels -- like .NET Core -- as open source. Mainly through Azure, it's also entered into strategic partnerships with open source companies such as Canonical, Docker, Pivotal, SUSE, and Red Hat.

"Microsoft and the Cloud Foundry community are deeply aligned around our mutual understanding of enterprise business and technical requirements, and our commitment to help organizations modernize their applications without vendor lock-in," Microsoft's partner director, Corey Sanders, said in a statement. "By joining the Cloud Foundry Foundation, we will be able to work with members to contribute to foundation initiatives and bring a wider range of solutions to Microsoft Azure for our customers and the community."

Abby Kearns, the Cloud Foundry's executive director, indicated she thinks Redmond will be a good fit. "Microsoft is widely recognized as one of the most important enterprise technology and cloud providers in the world," she said. "Cloud Foundry is the most widely deployed cloud application platform in the enterprise, and is used by most Fortune 500 organizations. We share both a tremendous number of users and a common approach to the enterprise cloud."

In addition to welcoming Microsoft aboard the foundation announced that its Cloud Foundry Certified Developer program, originally announced in March and offered through an exclusive partnership with the Linux Foundation, is now publicly available. According to the foundation, since the initial announcement, more than 5,000 have received training through the program.

"We knew the need for cloud-native skills was significant, but the response to this program has been explosive," said Chip Childers, the foundation's CTO. "After a gradual program rollout over the last couple months -- training 5,000 developers on the way -- CFCD is now generally available. This product was conceived and developed to solve the demand of developer productivity for the many Fortune 500 organizations using Cloud Foundry."

According to foundation figures, there are currently 250,000 job openings for software developers in the U.S., 500,000 unfilled positions requiring tech skills, and expected growth of more than one million in the next decade. The program was at least partially the result of a report they issued in November revealing a widening gap in cloud skills which threatens enterprises’ ability to embrace digital transformation.

To launch the certification program, until June 23 the foundation is offering the Cloud Foundry for Developers course for $1 to anyone who pays full price for the CFCD exam, which works out to be a savings of nearly $500. Full information on the program is available on the Cloud Foundry website.

The Cloud Foundry Summit Silicon Valley will run through June 15.