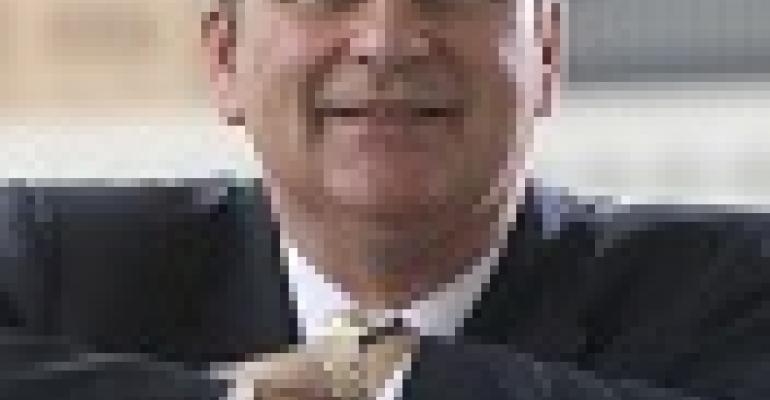 Mainframe or Cloud: It Isn’t An All-or-Nothing Decision

Sometimes there is simply no substitute for a modern version of the original, which is inherently better and doesn’t need to be replaced, but rather simply requires sincere stewardship.

Christopher O’Malley is CEO of Compuware.

Recently there has been much discussion in IT circles, particularly in government, about the need to modernize legacy technologies and leverage newer alternatives. This desire is at the heart of the Modernizing Government Technology (MGT) Act, which is currently working through Congress. Here at Compuware, we are advocates of this bill, and believe modernization is the key to delivering the type of fast, convenient services that put customers’ and citizens’ needs first.

Indeed, there are technologies in use in both the private and public sectors that could be made more efficient. For example, virtualized x86 environments are prone to sprawl and demand constant attention. So the decision to consume the IT services associated with these costly environments (email or HR for example) from the cloud can offer many benefits, including flexibility and instant scalability.

However, there’s a dangerous element of “group think” that often accompanies IT modernization discussions across market sectors – that “new” automatically equates to “better.” There’s also the naïve tendency toward generalizing and believing that any technology that doesn’t include buzzwords like “cloud,” “machine learning,” “container” or “chatbot” must be replaced.

This isn’t always true. Sometimes there is simply no substitute for a modern version of the original, which is inherently better and doesn’t need to be replaced, but rather simply requires sincere stewardship. The mainframe is one example, having consistently defied predictions of its demise.  Mainframes continue to support 70 percent of all enterprise data and 71 percent of all Fortune 500 companies’ core business processes.

The reasons for this longevity are simple. Mainframes, with new leading-edge models delivered every few years, have proven to be inherently more secure, powerful and reliable than the Cloud and distributed architectures, even though these alternatives are often perceived to be more modern. In addition, many organizations that have tried to move their critical systems-of-record off the mainframe have found the process to be altogether too risky, expensive and time-consuming. And, even if successful, they find that the systems they are left with are even more complex than the original, of less quality and therefore even more difficult and costly to maintain.  There is no honor or reward in being successful at being unsuccessful.

In computing, the term “legacy” connotes an old, outdated technology, computer system or application program. But the post-modern mainframe is the most reliable, scalable and securable platform on the planet. To consider it outdated or unsupported technology is malarkey with a motive. According to one recent global CIO survey, 88 percent of respondents noted they expect their mainframe to continue to be a key business asset over the next decade; another 81 percent reported that their mainframes continue to evolve—running more new and different workloads than they did just a few years ago.  The mainframe remains the only platform in the world that is capable of handling the huge surge in computing volumes brought on by mobile, and numerous studies have shown it to be more cost-effective in the long run than alternative architectures.

So in reality, the post-modern mainframe is anything but legacy, although its tools and processes do have to be modernized, allowing newer generations of developers to work on it as nimbly and confidently as they do on other platforms. This means replacing the antiquated green screen development environment with a modern, familiar IDE. It also means leveraging Java-like technologies that provide visualization capabilities to help developers understand poorly documented mainframe applications along with unit testing to maintain the quality of the code. “Agile-enabled” source code management and code deployment that ensure mainframe development organizations can participate 100 percent in DevOps processes are also required. We call this “mainstreaming the mainframe.”

The prospect of modernizing on the mainframe rather than moving off may leave many mainframe-based organizations feeling like they are at a crossroads. They see the benefits of keeping their mainframe – and understand it can be a competitive asset – but does this mean they can’t leverage the benefits of the cloud?  The honest answer is no, because choosing between the cloud and the mainframe does not need to be an either/or scenario. Certain applications and workloads are better suited to the mainframe, while others are better suited to the cloud. The key is knowing the difference and devising a strategy that puts the worthy ideas of serving customers and citizens first and foremost.

This “two-platform IT” strategy entails keeping all mission-critical, competitively differentiating applications running on-premise, on the mainframe. Recent breaches and outages – most notably the Amazon S3 outage on February 28, which caused widespread availability issues for thousands of websites, apps, and IoT devices – should give any company pause before relegating their most critical computing systems, where near-perfect reliability is a must and mainframes thrive, to the cloud. On the other hand, non-mission critical and non-differentiating applications, such as email or HR, are better suited to the cloud’s economy of scale. Using the cloud in concert with the mainframe is where smart money invests.

In summary, when it comes to IT modernization, we must avoid becoming blindly enamored by the newest technologies, and getting caught up in sweeping generalizations. “New” does not necessarily mean “better” and the utility of longstanding technologies must be evaluated on a case-by-case basis, instead of slapping on labels like “legacy” and automatically dismissing them. The post-modern mainframe is a key asset, and combining it with the cloud in a smart, comprehensive strategy can yield an optimum resolution and a true win-win scenario.