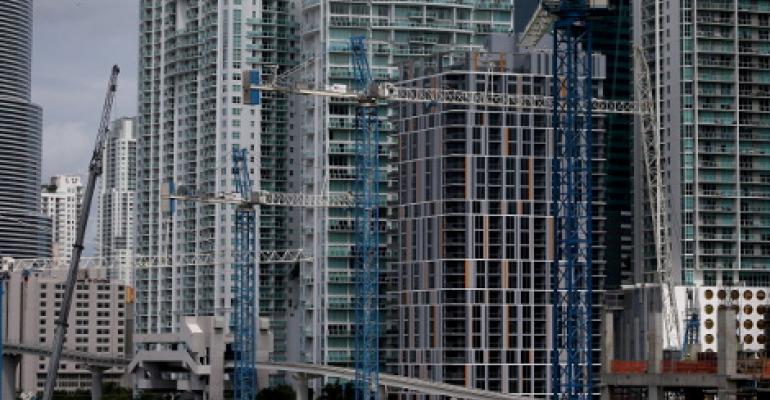 Florida officially put out the welcome mat for wholesale data center developments with a "critical IT load" of 15MW and larger which meet specific requirements discussed below.

Last week, Florida Governor Rick Scott signed the 2017-2018 budget bill for the fiscal year which begins on July 1, 2107. This massive bill contains a provision which could become a game changer for certain data center requirements.

The elimination of sales tax and use tax for data centers, infrastructure, equipment, personal property, and electricity is intended to jump-start new large-scale wholesale data center development in the Sunshine State and marks its official entry into the data center derby.

Data Center Knowledge spoke with Lee Kestler last week immediately following the signing of the budget bill. Kestler is a long-time data center industry professional and former business development executive at DuPont Fabros Technology. He is currently a principal at Leesburg, Virginia-based Kopend Ventures. Kestler worked closely with CyberXperts principal Todd Weller on behalf of a small group of clients to help shepherd this provision through the Florida legislature after a similar effort failed last year.

Kestler and Weller were engaged as subject matter experts "to expand the level of understanding for legislators on the benefits other areas of the country have realized by encouraging large-scale data center campuses." Given the massive size of the Florida budget bill, if you weren't part of the process as a consultant, lobbyist, or scrivener, it would be easy to miss this noteworthy development.

Here are a few highlights from the new legislation:

The legislation creating the data center sales and use tax exemption requires a periodic review by the Florida Department of Revenue to assure continued qualification. It also contains a "claw back" provision, if the letter of the law is not met in its entirety.

Additionally, if you already own and operate a wholesale data center in Florida, you could now be at a competitive disadvantage. The ability to attract and retain existing tenants drawing 1MW or greater "critical IT load" could be negatively impacted going forward.

Of course, the cost of power is crucial to the total cost of ownership for large data centers.

There were other interested parties working on behalf of this sales and use tax exemption, including Crystal Stiles an economic development executive with Juno Beach-based Florida Power and Light, according to Kestler. A recent tool in the Florida regulated electric utility arsenal to help attract a large industrial customer (minimum of 2MW), would be to enter into a CISR, or commercial/industrial service rider agreement.

Beginning in 2014, this regulated investor owned utility obtained approval to offer a CISR rate to help attract large customers with suitable load profiles. These sought-after customers can create a win/win situation, with a large stable electrical load helping the utility maintain the rate structures of smaller users at affordable rates.

There are many regions of the country that have had tremendous success with public/private partnerships to encourage the development of data centers.

Data centers developed in rural areas burdened with agricultural tax exemptions can help grow a commercial real estate tax base to boost local budgets. These data centers do not require significant investments in local schools, roads, and parks in return for the entitlement to develop. They also have state-of-the-art security and fire suppression systems which help limit the impact on fire and police resources.

The Florida legislature and governor have now taken a crucial step to make the Sunshine State more competitive. However, it isn't a silver bullet. Notably, the Florida legislature removed economic incentives from Enterprise Florida, which only received $16 million in funding in this latest budget.

Florida still has challenges to overcome in attracting massive data centers that could benefit from the new legislation, including: frequent lightning storms, hurricanes, and a harsh climate which requires robust HVAC systems to deal with sensible (heat) and latent (humidity) loads. There remains plenty of heavy lifting for the Florida peninsula to compete with greater-Atlanta, North Carolina, and others to land large regional data center requirements.

Here is a link to the relevant Florida legislation. The data center sales and use tax exemption language begins on line 1299.