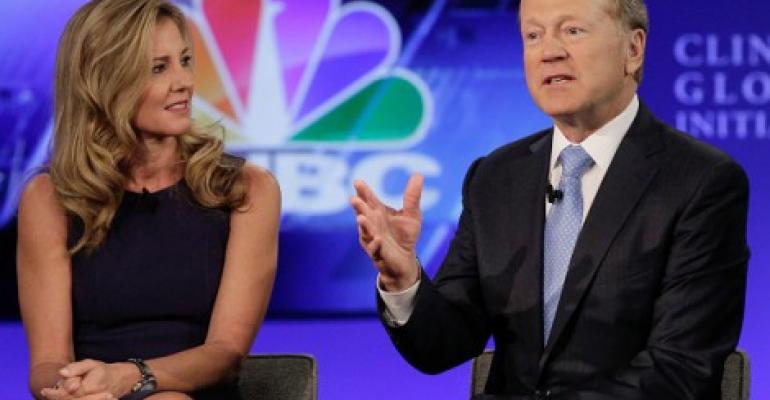 What You Can Learn about Business from Cisco’s John Chambers

The last couple of years have seen changes in the technology industry that are putting a lot of pressure on networking giant Cisco Systems. Businesses are shifting from data center hardware to cloud services like AWS and Azure. Though its legacy networking gear business still nets billions of dollars each quarter, it isn’t hard to see that Cisco needs to diversify in order to maintain its position as one of the most powerful companies in the world.

Cisco’s executive chairman John Chambers, who was succeeded as CEO by Chuck Robbins in 2015, has spent the last 20 years riding the technological waves at Cisco. Speaking today at Fortune’s Great Place to Work conference in Chicago, Chambers admitted that while the company is often criticized for moving too fast, nearly every mistake he’s made has been because he’s moved too slowly.

Chambers said that the key to being able to make big business decisions quickly is having a proven template to follow.

This concept can just as easily be applied to VARs trying to make the transition to recurring revenue models as it can to huge corporate acquisitions. The idea of “solutions in a box” has been gaining in popularity in the channel in recent years as partners look for low-effort, high-return offerings they can build a monthly revenue stream upon.

Where Chambers talks about “replicable process,” many service providers are experimenting with replicable packages of services, software and hardware presented as a customized solution for small to midsize businesses. The customer feels secure and understood by the service provider because they have something they can physically touch that’s specific to their vertical or job function. Think a desktop pre-loaded with QuickBooks and connected to AWS for accounting, for example, or a Microsoft Surface with Salesforce and all the hardware an outside sales rep might need to connect to any company’s conference room system for presentations.

Each customer feels as though they’re getting a solution build just for them, when in reality the MSP has built an offering it can sell over and over again, with all of the services wrapped up into one recurring fee. For channel partners trying to strike a balance between products and services, this replicable process can be a good solution.

It’s certainly paid off for Chambers and Cisco, whose 2016 profits were up 14.4 percent despite all of the hysteria around the rise of the cloud and how traditional tech companies are in for a bumpy ride. Using this model, Cisco has made a number of big acquisitions in the last couple of years that will open the door to fast-growing fields like cybersecurity and the Internet of Things.

"Decisions will be made much further down in the organization at a fast pace and yet the leader has to be able to keep their finger on the pulse at the top," Chambers said. "Without those playbooks in place, without that culture in place, without that—unfortunately—process, it doesn't work."