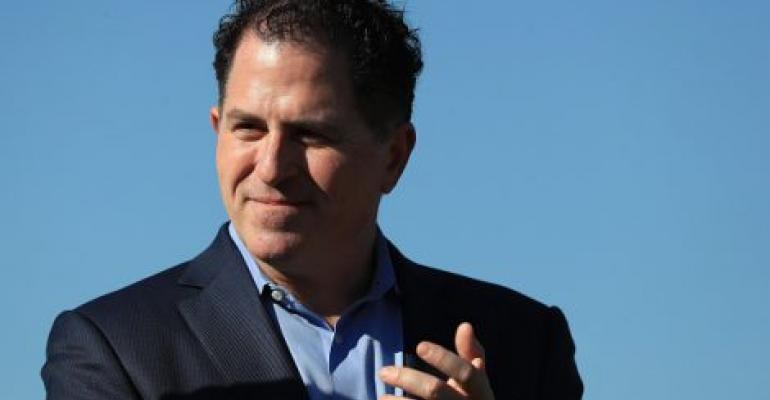 "It's not small numbers; it's large numbers."

Brian Womack (Bloomberg) --Michael Dell said his company is seeing some customers return to buying equipment after discovering that working with the giant cloud-computing providers is more complicated and costlier than they thought.

Hardware from Dell Technologies Inc. is getting a second look from companies finding that outsourcing their computing needs to the public cloud—big providers such as Amazon.com Inc., and Microsoft Corp.—can be twice as expensive or more as running it themselves, Dell said Monday. While he didn't provide specifics, Dell added "it's not small numbers; it's large numbers."

The chief executive officer spoke during the Dell EMC World gathering in Las Vegas with more than 13,000 attendees from more than 100 countries.

Dell Technologies, which has partnerships with Microsoft and Amazon, is overhauling the company's equipment and bringing out new products even as customers add projects with the public cloud providers. Dell merged with EMC Corp. last September to create a company with a wide variety of servers, data storage equipment, software and other products that offer a large portfolio to potential customers. That may minimize the need for acquisitions. he said.

"One of the things that I haven't heard from those folks is 'Hey, we're already selling everything we have; can you get us more stuff?'" Dell said. "We've given them an incredibly broad portfolio. We don't actually need more things to sell right now."

Still, he didn't close the door on potential acquisitions.

"We can make acquisitions if we need to, and certainly if there are opportunities that make sense, we're open for business," he said.