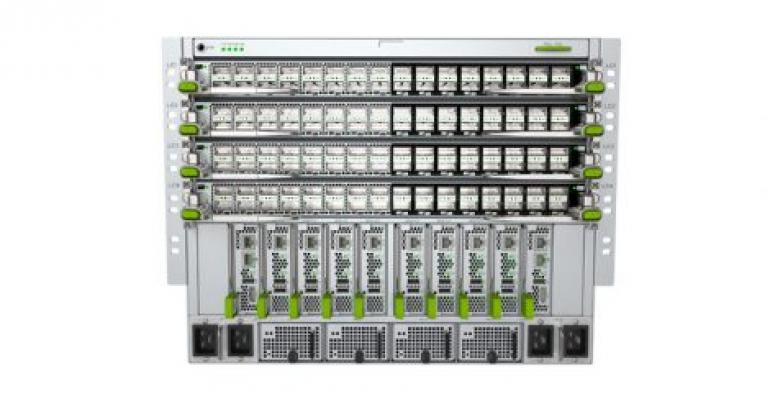 The Fat New Pipes that Link Facebook Data Centers - While Facebook’s traffic to the internet has grown slowly in recent years, the amount of bandwidth required for replicating rich content like photos and videos across multiple data centers has skyrocketed, forcing the company’s engineers to rethink the way its global network is designed.

Verizon to Sell Cloud and Managed Hosting Business to IBM - The telco began pulling back from being a cloud service provider last year, when it shut down its public cloud but held on to its virtual private cloud business. Verizon and other telcos (such as CenturyLink and AT&T) have been divesting costly infrastructure assets that support their enterprise IT services, switching to less capital-intensive models for some services and pulling out completely from others, namely public cloud.

Micro-Data Centers Out in the Wild: How Dense is the Edge? - As places like factories, big stores, and logistics warehouses get increasingly instrumented and automated, demand for computing capacity to process the data those instruments generate in real-time is growing, fueling the rise of micro-data centers. Here’s a detailed look at five micro-data center edge use cases.

Oracle Closes Big Cloud Deal With AT&T, Inks Equinix Partnership - Parading major deals with marquee customers is one of the biggest sales tools for cloud companies, and the AT&T deal is a major win for Oracle in that regard.

Done Deal: Equinix Closes $3.6B Verizon Data Center Acquisition - This was the largest in a series of recent deals where large telcos offloaded data center assets to reduce operational costs and raise capital.