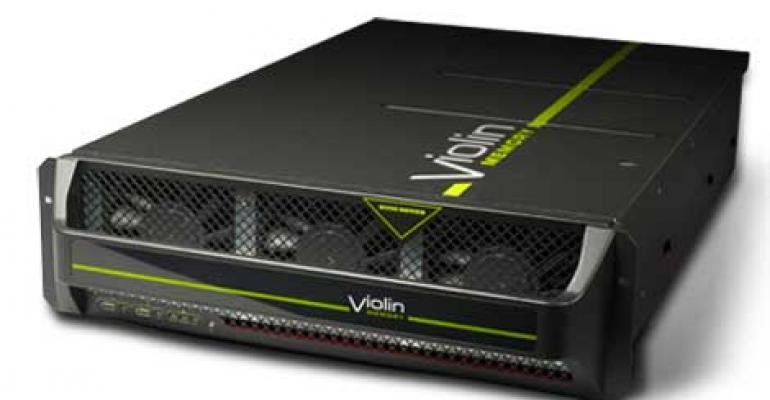 After several tumultuous years, all-flash array (AFA) pioneer Violin Memory is finally moving on to another chapter of its business, and this one doesn’t involve bankruptcy.

Literally clinging to life, the company announced Monday that it has been acquired by Quantum Partners, a private investment fund managed by Soros Fund Management. Soros took ownership of Violin’s assets after a bankruptcy auction late last year with $26 million in unsecured debt for $15 million in equity in the reorganized company.

“Soros’ acquisition of Violin recognizes the value of Violin's world-class customers which include Fortune 500 companies, as well as the tradition of innovation and dedication demonstrated by its team,” said Ebrahim Abbais, the company’s newly appointed CEO and president, in a press release.

Although Violin helped create the all-flash market, it has struggled to remain relevant. The company’s very public journey into the AFA arena started in September 2013 when it began trading on the NYSE. In its IPO, the Mountain View, California-based company sold 18 million shares for $9 each, raking in $162 million at a valuation of less than $900 million. The first day the stock sold on the market, it closed down 22 percent and never rebounded.

Three years later, the company filed for Chapter 11 protection after burning through most of its money and experiencing consecutive quarters of declining sales in what turned out to be a very competitive field throughout 2015 and 2016.

Violin’s 2015 launch of its FSP 7300 and 7700 arrays, which added data management and protection features missing from its earlier flash systems, were never popular with customers. As a result, Violin spent $7.5 million in one quarter on marketing and took in just $2 million in revenue. Year-over-year figures showed a $15.3 deficit in total company sales.

The company’s revenue that quarter didn’t hold a candle to its competitors: As reported by TechTarget, Pure Storage took in $163 million; Nimble Storage sold 133 all-flash arrays in its first full quarter on the market, NetApp took in $194 million and Dell EMC’s XtremIO was expected to hit $2 billion in revenue that year.

Trading at just one penny Monday, it’s the hope of Violin’s shareholders, employees, and new owners that the new injection of capital will put the company back on track and in the industry driver’s seat.

"We are excited to welcome Violin to our portfolio of businesses and continue our long relationship with the company. We are committed to support Violin in its tradition of customer excellence and product innovation," said Nicholas Esayan, principal with SFM Private Equity, in a press release. “Violin will continue to offer customers a suite of professional and support services that help customers transition to all flash in their data centers.”