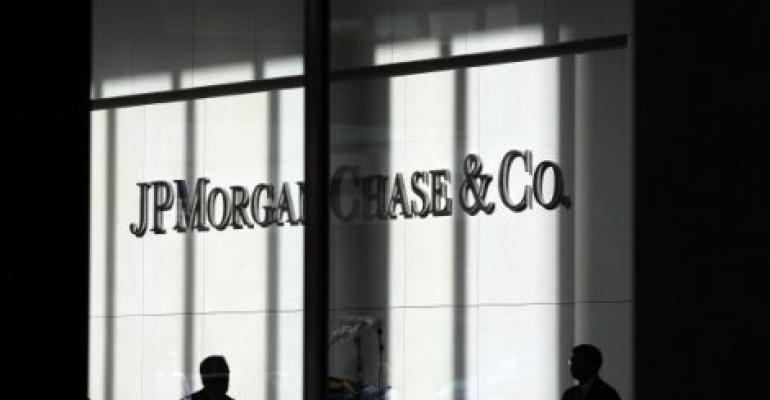 Banks competing fiercely for techies in era of automation, fueled by cheap computing power and fears of losing to startups

Hugh Son and David M. Levitt (Bloomberg) -- JPMorgan Chase & Co., the biggest U.S. lender, is planning to more than triple the size of its technology hub in New York City to increase space for the bank’s coders and data engineers, a person with knowledge of the matter said.

The firm is in discussions with Brookfield Property Partners LP to lease an additional 300,000 square feet on the upper levels of 5 Manhattan West near Hudson Yards, said the person, who asked not to be identified because the plans aren’t public. The bank currently occupies about 125,000 square feet in the building. The talks are ongoing and could still fall apart, the person said.

Banks are competing fiercely for technologists as the industry enters a new era of automation, fueled by cheap computing power and fears of losing customers to startups. JPMorgan has a $9.6 billion annual technology budget and has recently set up hubs across the U.S. for teams specializing in big data, robotics and cloud infrastructure to find new sources of revenue and reduce expenses and risks.

The firm’s West Side hub, which opened in late 2015, caters to millennials by mimicking startup culture, with foosball tables, a game room, industrial decor and fridges stocked with sodas and snacks. Last year, about 700 workers who were previously scattered across Manhattan and Jersey City worked at the office. The workspace is divided into five neighborhoods, named after areas of New York, housing designers working on the user interface, coders developing new features and data analytics experts who study customer use.

Manhattan West is a 7 million square foot mixed-use project just west of Penn Station and the Farley Post Office Building. Brookfield announced in 2014 a $200 million redevelopment of the 1.7 million square-foot building that became known as 5 Manhattan West, including replacing its relatively narrow windows with floor-to-ceiling glass on every floor.