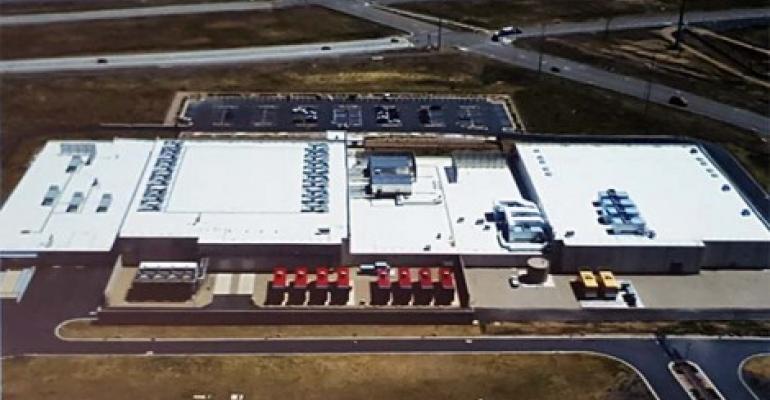 TORONTO -- If you follow the Gartner Magic Quadrant for infrastructure as a service (IaaS) closely each year you would have noticed that in the 2016 edition, no new vendors were added, while five vendors were removed. According to Gartner, market consolidation is to blame for the drop-off of those providers, and “the increased dominance of just two providers has led to closer relative market share among the other providers in the market.”

The dominance of two cloud vendors – Amazon Web Services (AWS) and Microsoft Azure – is well-documented and researched outside of Gartner as well. Synergy Research Group recently noted that AWS has more than 40 percent of the public cloud services market (including IaaS and PaaS), while a recent report by 451 Research showed Microsoft encroaching on AWS’ market share lead, at least in Europe.

Missing from the Gartner Magic Quadrant for IaaS in 2016 was Oracle. The research firm said at the time of its evaluation Oracle Compute Cloud Service was not in general availability, and Oracle did not have enough market share to qualify for inclusion. Since then Oracle has released its Oracle Cloud platform, and has seen favorable response from the street; in Q3 Oracle posted revenue and profit that topped analysts’ estimates as sales from Oracle’s cloud businesses gained 62 percent.

The momentum seems to have given a boost of confidence to the company; both Oracle Executive Chairman Larry Ellison and co-CEO Mark Hurd have talked in recent months about how its cloud platform is poised to take on cloud leaders like Amazon. Most recently, Hurd suggested Oracle does not have to spend tens of billions of dollars on data centers annually to catch up to the three largest cloud providers.

It’s a confidence that others, including Oracle vice president of development Deepak Patil, share.

“When it’s all said and done I believe that the number of major cloud players in the world who are providing the entire stack of amazing SaaS applications, platform services, and foundational IaaS components, you will be able to count on one hand,” Patil told Talkin’ Cloud this week at the Oracle Code event in Toronto.

“The types of investments Oracle is making, the commitment Oracle has from everybody [in senior leadership] and phenomenal changes the company is undergoing, we are looking forward to one of being one of those,” Patil said.

How the company gets there will be a significant effort, which will include tapping into the developer community. According to a presentation by Patil at Oracle Code on Tuesday, there are more than 10 million developers around the world, and that group in particular will benefit greatly from cloud innovations.

This week at the Oracle Code event in Toronto, which is part of series of free events Oracle is hosting in local markets for developers, Patil announced its acquisition of Wercker, a partnership with PluralSight to provide cloud-based training solutions, as well as a new portal for developers to see everything that Oracle is working on in one place.

Having conversations with hundreds of developers in the year and a few months that Patil has been at Oracle has helped the company have “a much better understanding of what developers want,” he said, including local meetups or the ability to interact with Oracle at non-Oracle events like Velocity, KubeCon, and DockerCon.

“Expectations for what the cloud should do for developers is changing on a monthly basis so the engagement with developers are a really great insight into how fast the cloud is evolving,” he said.

The changing demands from developers – and enterprises – will create a much different-looking cloud market from the one we know today, Patil suggests.

“The playing field is shrinking really, really fast and consolidation is happening, mergers are happening; acquisitions are happening,” he said. “If you look at Gartner Magic Quadrant in various aspects of cloud, IaaS, IPaaS, and data five-six years ago, and you see them now, those provide phenomenal insights into just how dramatic the consolidation has been.”

For Oracle, that means a few different things: building out homegrown cloud capabilities, making strategic acquisitions, and continuing to invest in partnerships.

Acquisitions, including the most recent Wrecker acquisition, as well as those of Ravello and Dyn, will help build out other cloud components, he said. He made it clear that this combination – in-house development and acquisitions – will be a critical part of what Oracle does in the cloud. “I think some who did not succeed in the cloud race tried to buy their way out of it, and we are not going to do that, we have not done that,” he said.

Finally, partnerships will help Oracle amplify its cloud message, Patil said. “I think it is impossible to succeed in the cloud unless you have a rich network of global partners, technology partners as well as ISVs and managed service providers.”

On the technology end, this week Oracle announced a partnership with Docker where developers can access databases, middleware and developer tools in the Docker Store marketplace via the Docker Certification Program. With this collaboration, developers can now pull images of Oracle products in Docker and quickly start developing, testing and deploying modern applications, according to a statement.

“Doing something for the developer community that allows development of containerized applications on Oracle Cloud easier was one of our top priorities,” Patil said.

While some skeptics believe that Oracle started too late to capture enough IaaS market share, Oracle believes there is still a lot of runway left.

“The good thing is while everyone talks about cloud, one of the most amazing things is where we’re at in the entire evolution. We are in the top of the first inning. We still are very early in our migration to the cloud,” he told attendees.