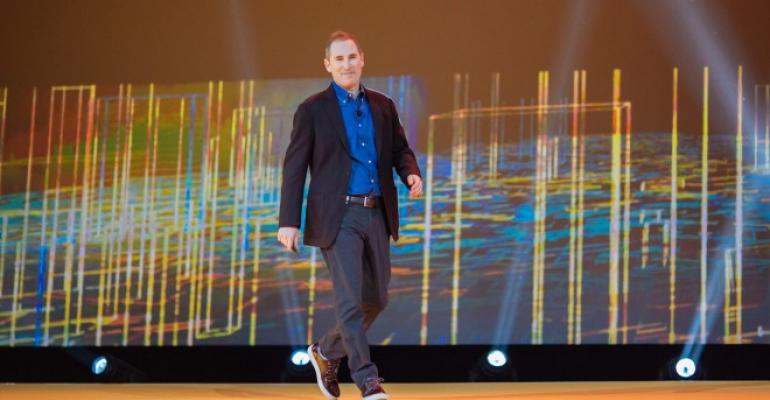 Leading the fastest-growing and most profitable division of Amazon.com Inc. is paying off for Andrew Jassy.

The head of Amazon Web Services, which includes the company’s cloud business, received $35.4 million in stock and about $179,000 in salary and a 401(k) match, according to a regulatory filing from the Seattle-based company Wednesday. The shares rose in value to about $54 million as of Tuesday’s close. Jassy, promoted to a new CEO role for the division a year ago, was the company’s top-paid employee among the six executives whose compensation has to be publicly disclosed, including Chief Executive Officer Jeff Bezos.

Jassy is leading a push into artificial intelligence to boost Amazon’s cloud computing, which commands about 45 percent of the market for infrastructure as a service, where companies buy basic computing and storage power from the cloud. The unit, which Jassy has run since its inception 11 years ago, brought in a record $12.2 billion in revenue last year as the company introduced an image-recognition program, a speech-to-text service dubbed Polly and tools for building conversational apps. AWS has data centers around the world that provide computing power for many large companies, such as Netflix Inc. and Capital One Corp.

“Inside AWS, we’re excited to lower the costs and barriers to machine learning and AI so organizations of all sizes can take advantage of these advanced techniques,’’ Bezos wrote in his annual letter to shareholders, which was also released Wednesday.

Like fellow tech giant Alphabet Inc., Amazon mainly pays top employees with biennial grants of restricted shares that vest over several years independently of company performance. That sets them apart from large companies in other industries, which tend to link payouts to specific goals such as revenue or stock return. Emphasizing certain criteria “could cause employees to focus solely on short-term returns at the expense of long-term growth and innovation,’’ Amazon’s board said in the filing.

CEO Bezos, who’s the world’s second-richest person with net worth of $77.7 billion, got his usual $81,840 annual salary and $1.6 million in security services last year. The billionaire, whose wealth comes from his ownership stake in the company, has never received equity compensation from Amazon.