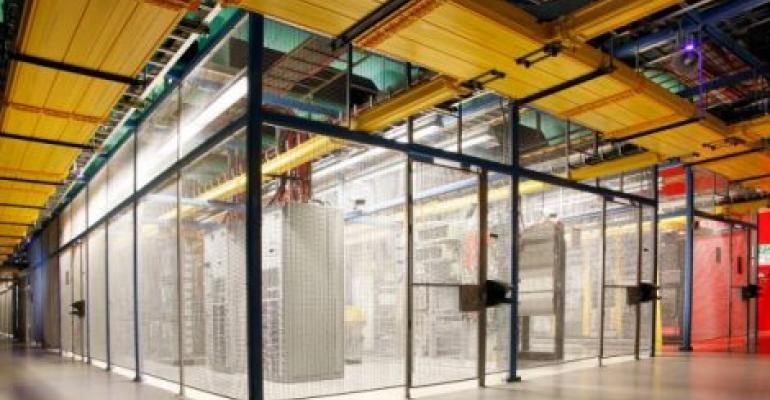 Equinix Exec: We Spent $17B on Data Centers, but Cloud Giants Spend Much More

Tens of billions in cloud infrastructure spending illustrate how real the shift to the cloud is.

Equinix, one of the world’s two largest data center providers, has spent $17 billion over its 18 years in business to expand its global data center empire, including construction and acquisitions, but cloud giants like Microsoft, Google, and Amazon each easily beat that number in two years’ time.

That’s according to Peter Ferris, chief evangelist at Equinix, who made the comparison during his keynote at Data Center World Wednesday. He offered the numbers to illustrate just how real the shift of IT infrastructure from on-premise data centers to the cloud is.

“Google, and Microsoft, and Amazon are each spending more than $10 billion dollars a year at this point building data centers,” he said. “Either they’re all crazy, or this transition is real and it will continue.”

Google’s trailing three-year capital investment is about $26.6 billion, Urs Hölzle, the company’s senior VP for technical infrastructure, said in his keynote address at the Google Cloud Next conference in San Francisco in March. The bulk of that investment is in infrastructure.

It’s not unusual for Microsoft to spend more than $2 billion on infrastructure in a single quarter.

They’re spending this money to bulk up data center capacity and network bandwidth to absorb enterprise application workloads, as companies increasingly rethink the necessity of owning and operating their own data centers, and Ferris has a front-row view of this shift.

Like many other data center service providers, Equinix has positioned its facilities as places where companies can connect their corporate networks directly to the networks of cloud giants. This option is more secure and provides better performance than connecting to the cloud through the public internet.

Reducing operational cost isn’t the only reason companies are shifting to the cloud. Every industry is undergoing a shift to digital tools and products, and the distributed nature of hyper-scale clouds makes it easier to get those digital tool and products to their end users.

Companies of all types have to rethink both their infrastructure and their business strategies in the digital world, Ferris said. “No matter what business you’re in, it’s conceivable that you will be disrupted.”

Finding the Sweet Spot for Your Data Center