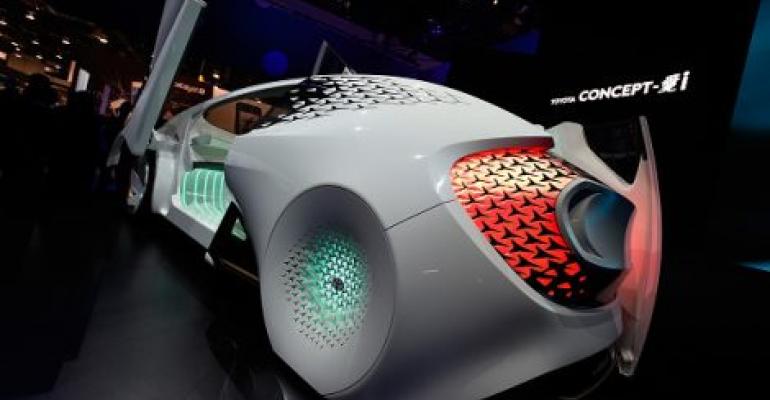 NTT Communications Corp. is planning to build a global technology infrastructure optimized for the Internet of Things and focused mainly on the needs of connected cars. The infrastructure will consist of data centers, network backbone, and other NTT services.

The project is part of a series of steps various subsidiaries of the Japanese telecommunications giant NTT Group have agreed to take as part of the parent company’s new collaboration agreement with Toyota. The two companies have teamed up to push research and development, as well as standardization of connected-car technology, both at the car and the backend data infrastructure levels.

A major focus of the collaboration will be studying “the network topology of global infrastructure and optimal data center deployment necessary for safe and reliable collection and distribution of large amounts of data, based on assumption of vehicle use cases,” the companies said in a statement released Monday.

As connected-car technology evolves, and especially as automakers move toward self-driving vehicles, latency of data transfer between a car and some processing backend becomes more and more crucial. The time it takes for data to travel between a car and a remote centralized data center facility is too long for the kind of real-time decision making that needs to be done on the road. That’s why the processing infrastructure topology for connected cars is leaning toward a more distributed design, where compute and storage nodes are placed closer to where most of the driving happens (for example at city intersections).

NTT Com’s global data center and network infrastructure puts the company in a good position to take on such a project. Its global IP backbone stretches across the US, Europe, and Asia, and has points of presence in Australia and Brazil. It is the fifth-largest retail colocation provider in the world (although it also provides wholesale data center space). NTT’s data center brands include RagingWire in the US, e-shelter and Gyron in Europe, and Netmagic in India, among others.

The high-level goals of NTT’s partnership with Toyota are to identify the right platform for connected-car data collection and analytics, the right data center infrastructure, the optimal mobile communications system (leaning heavily toward standardization on 5G), and to develop technologies for driver services, such as driving advice based on data inside and outside the vehicle, using voice interaction technology and artificial intelligence.

While Toyota works on technology on the car end of the system, NTT subsidiaries will work on the various infrastructure pieces. NTT Data Corp., for example, will work on the data collection, accumulation, and analytics platform; NTT Docomo will build on its efforts to standardize 5G to promote standardization of the latest mobile communications technology for connected cars.