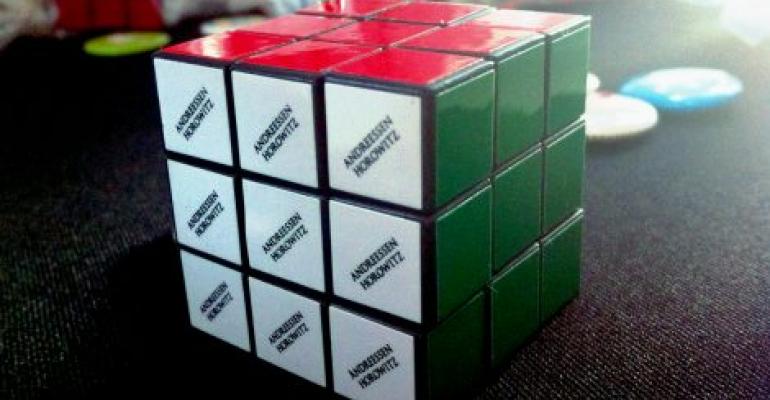 Mashape, a rising star in the quickly growing API management space, has raised its second funding round led by Andreessen Horowitz, which is among Silicon Valley’s top VCs who invest in enterprise technology.

The Series B round is $18 million and comes four years after the startup’s A round, which was $6.5 million. Previous investors CRV and Index Ventures also participated in the latest round.

Martin Casado, the Andreessen Horowitz partner who spearheaded the deal, has joined Mashape’s board. Casado is something of a superstar in the enterprise software world, especially in relation to data centers. He co-founded Nicira Networks, one of the pioneers in Software Defined Networks, or SDN, which VMware acquired in 2012 for $1.26 billion. Nicira’s technology became a major part of the foundation of VMware’s now widely used network virtualization platform NSX.

Casado joined the VC firm, which was Nicira’s first institutional investor, about a year ago.

APIs, or Application Programming Interfaces, essentially allow different pieces of software to connect and work with each other. You can make a PayPal money transfer straight from your mobile banking application for example because PayPal is connected to your bank’s app through an API.

Used initially to provide mobile access to monolithic enterprise software codebases, the concept has evolved alongside the emergence of Docker containers, which allow individual micro-services to come together and form software solutions instead of single code monoliths, Augusto Marietti, Mashape co-founder and CEO, explained in an interview with Data Center Knowledge.

A ride-hailing application like Uber or Lyft for example may consist of individual micro-services for billing, payments, mapping, notifications, and many others. Each service in a way is a separate application, while the old monolithic approach is to bake all the functionality into a single big app.

Micro-services interconnect via APIs. Also relying on APIs are micro-functions, another recent concept, which breaks services up further into more granular functions. This is related to the idea of “serverless computing,” where cloud providers like Amazon completely abstract infrastructure from the user, instead providing various micro-functions as cloud services.

Because companies now have so many APIs to deal with, there’s hunger for API management solutions, and the market is heating up. MuleSoft, an integration software provider whose Anypoint Platform competes with Mashape held a successful IPO earlier this month; Oracle acquired API management startup Apiary in January; Google snapped up Apigee in September of last year.

Mashape differentiates itself by focusing on APIs for this new micro-service and micro-function-driven world, while many of its competitors are providing API management that deals with the old enterprise software monoliths, according to Marietti.

Market research firm Gartner has highlighted Mashape as one of the few API management platforms that are still independent, identifying the VC-funded startup as an attractive acquisition target.

Mashape owes its popularity to Kong, the API management solution it open sourced in 2015. While there are numerous other open source API management tools, such as WSO2’s API Manager, Tyk, and Netflix’s Zuul, Kong appears to be the most popular one today.

The company lists Spotify, Citibank, Giphy, and Rakuten as customers. It makes money by selling a closed source enterprise platform based on Kong, which includes advanced features for large organizations, such as analytics, access control, security, and developer portal, as well as support and service-level agreements.

Its software can be hosted in companies’ own enterprise data centers or in the cloud. Today about 50 percent of installs are on Amazon Web Services, 20 percent is shared between Google Cloud Platform and Microsoft Azure, a small percentage resides in IBM BlueMix, Alibaba, and Red Hat OpenShift clouds, and a large chunk is in on-prem enterprise data centers, Marietti said.