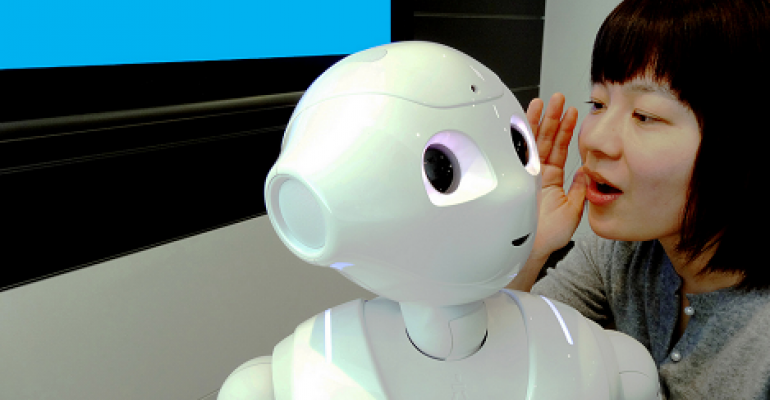 It's Time to Start Thinking about Cognitive Computing

We're only on the cusp of it but if you're not yet thinking in cognitive terms, now's the time to start.

Cognitive computing is a term you're bound to be hearing more and more often.

Here's what it means -- and how it overlaps with fields like big data, Internet of Things and machine learning.

But when most people use the term, they have in mind applications or services that can engage with human thoughts -- hence the descriptor cognitive -- in a natural, automated way.

In a sense, computers have been doing cognitive computing for years.

An interface that is designed to adapt intuitively to the expectations of its human users, or a feature in your email that reminds you to include an attachment with a message when it thinks you intend to, are examples of cognitive computing features.

But in recent years, cognitive computing has assumed new urgency.

It has been driven by several disruptive trends within the IT world:

These trends are feeding a rapid expansion of the world of cognitive computing.

IBM has made probably the biggest name in the cognitive computing field to date through platforms like Watson.

But most organizations that use machine learning or artificial intelligence are also engaged in the cognitive learning world -- whether they realize it or not.

That means that there's a good chance your clients -- or maybe even you -- have a stake in cognitive learning applications and services.

Previously, you may have thought of cognitive computing features as a nice-to-have asset, rather than an essential one. Going forward, expect that to change. Device and service users will no longer expect to have to tell providers what they want. They'll expect the providers to know, and deliver, before they're asked.

That's the age cognitive computing is ushering in. We're only on the cusp of it now, but if you're not yet thinking in cognitive terms (OK, that's a bad joke), now's the time to start.