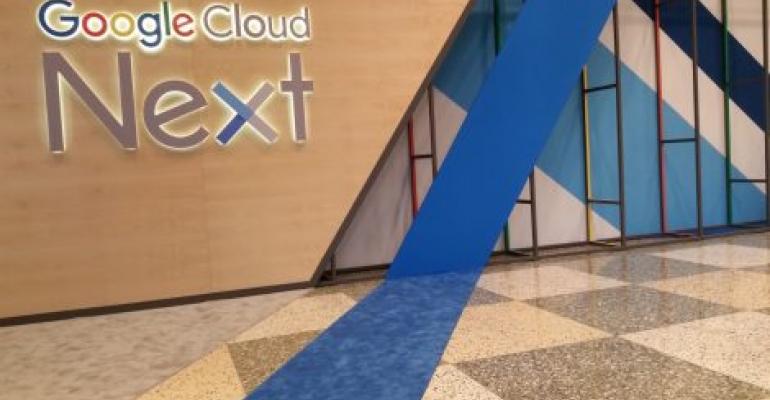 Over the past three years Google spent roughly $10 billion a year on data centers so you don’t have to.

By constantly growing the scale of their data center infrastructure, cloud giants are able to continue lowering prices of their services as they battle for share of the enterprise cloud market. At the Google Cloud Next conference earlier this month in San Francisco Google launched the latest attack in this battle, which at least for now has a good shot at being successful.

In addition to the modest five-to-eight-percent price drop on cloud VMs (although at large enough scale it stops being modest), the company announced new so-called Committed Use Discounts, which can slash the cost of its cloud infrastructure services by up to 55 percent in exchange for a one-to-three-year commitment by the customer.

Importantly, these new discounts for long-term users mean Google’s cloud may now be cheaper for those users than Amazon Web Services, the leader in the space, whose compute capacity accounts for 90 percent of the world’s processor cores running virtual machines for customers, also known as Infrastructure-as-a-Service.

That’s according to Michael Warrilow, VP at the market research firm Gartner. Most of the remaining 10 percent of compute cores are in Microsoft’s cloud data centers, Warrilow said, with Google splitting whatever’s left with a few other players. “But it’s not going to be hard for [Google] to turn up,” he added. “The demand is there.”

And the new discounts are likely to help Google turn up, unless of course AWS and Microsoft Azure don’t promptly respond with new price cuts and discounts of their own, which is very likely, considering the history of cloud price wars.

Amazon has had similar discounts for long-term upfront commitments for some time now. In fact, that was the only way an AWS user could get competitive pricing from the world’s largest cloud provider, Warrilow said. The user has to pay for three years upfront, and the agreement will specify the type of cloud VMs they will use for those three years. That’s where Google decided to make its move.

The Alphabet subsidiary is not asking for an upfront payment, and it’s not asking you to specify what kind of cloud VMs you’ll be using for those three years. You buy compute cores and memory in bulk, Urs Hölzle, Google’s senior VP of technical infrastructure, said from stage at Next. And you get a big discount for buying in bulk and signing a one-year or a three-year contract. How you use those bulk resources during that time is up to you. You can change machine size at any moment, depending on your needs. “You’re only committing to the aggregate volume and not the details,” Hölzle said. 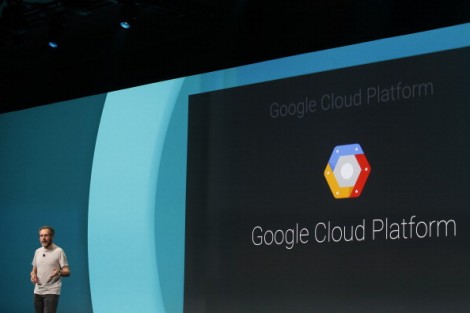 AWS added some configuration flexibility to its Reserved Instances last September, letting users switch the family of cloud VMs they use but only if the VMs they switch to have the same price. This category is called Convertible RIs, but that cost-equivalency requirement takes away from convertibility.

Models like Amazon’s (he didn’t name Amazon, but the reference was clear) “force you to predict the future perfectly,” Hölzle said. “Like on-premise, we’re forced to buy servers in fixed sizes.” That approach diminishes the cloud’s promise of infrastructure elasticity in exchange for lower cost.

According to Warrilow, the step will be a good one for Google, who said separating the ability to get a discount on cloud usage from how specifically you’re using it “is a competitive differentiator for them.”

RightScale, a cloud management company that does a lot of research about the way companies use cloud services, decided to measure what that means in terms of actual cost, and how it compares to the cost of AWS. RightScale used cloud usage history of a real-world company (whom it did not name), to make the comparison and found that Google’s cloud would be 28 percent cheaper for that company than AWS Reserved Instances with a one-year commitment and 35 percent cheaper than AWS Convertible RIs with a three-year commitment: 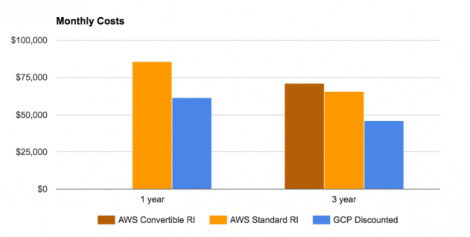 Google’s “committed-use discounts will be well-received,” Warrilow said. While the company still has a long way to go to catch up to its competitors in terms of making itself more “enterprise-friendly,” it’s taking all the right steps, such as expanding its partner program and beefing up its database of large customer use cases, he said. “There’s still good money to be made in all this, even with the price battles that have gone on.”