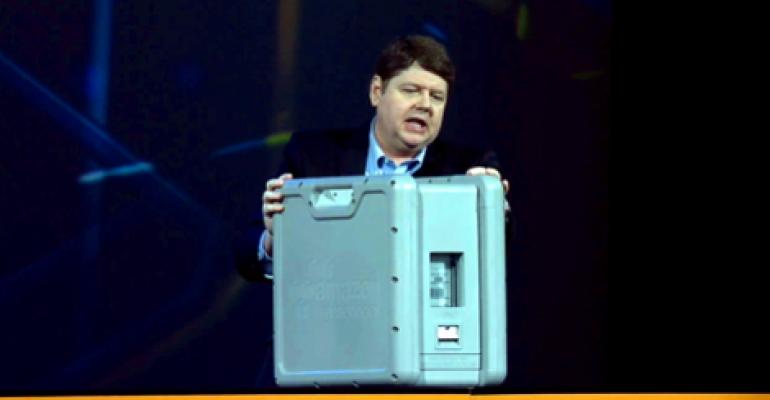 They wanted to see if it meets the MIL-S-901D military standard.

AWS launched its Snowball Edge box at AWS re:Invent in November. The device is used to transfer data physically from data centers to the cloud, and it can transport up to 100 TB of data, two times more than the original AWS Snowball. Watch AWS demonstrate how the Snowball Edge stands up to explosives below: