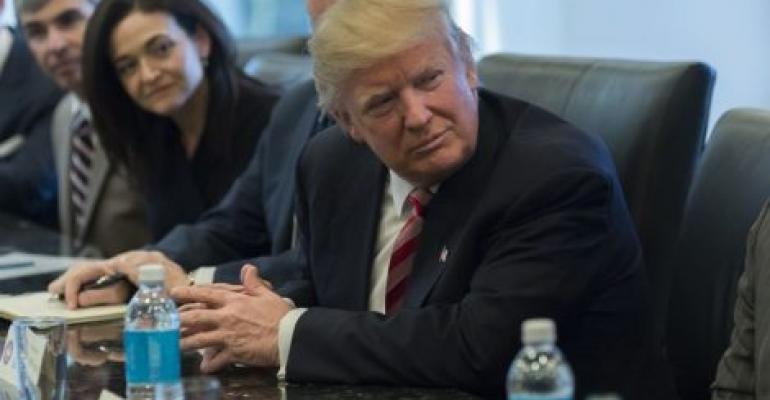 How Losses of Federal Open Data Could Affect IT and Businesses

Experts are concerned that open data is in danger in the Trump administration.

Open government data is important to businesses, developers, researchers, scientists and others so it can be used for mapping new markets, products, trends and patterns across the United States, but the recent deletion of federal open data content on the open.whitehouse.gov website has some people concerned.

Since the Trump administration came into office on Jan. 20, all the Obama-era data on the open.whitehouse.gov website has been removed, though most of its data has been archived and is now available through the National Archives and Records Administration by searching and downloading files, making it less convenient. The major repository for U.S. government data, data.gov, still remains online, however, and it is the storehouse for most open government data.

Joshua New, a policy analyst for the Center for Data Innovation, a nonprofit, nonpartisan research institute, told WindowsITPro that while he doesn't think the removal of the data from the White House site was malicious, he is concerned it may set a precedent with the new administration.

"Open data was such a strong theme of the previous administration," which was standard operating procedure for the government under President Obama, said New. The deletion of the data under the Trump administration is worrisome because it could be a statement that open data isn't seen as important to the new president, he said.

Alex Howard, the deputy director of The Sunlight Foundation, a nonpartisan, nonprofit open technology advocacy group, has a different view about the removal of the open data from the White House site. Howard told WindowsITPro that the archiving of the data from the site is part of a normal transition from one administration to another and that this particular development is not necessarily worrisome.

"There is a strong argument that it would be in the public interest for the Trump administration to have left all of the Obama-era data on the site and then added to that data as more becomes available," he said. That didn't happen, though. "What we are concerned about is whether the Trump administration is going to keep providing open data ... or whether they might limit access to it in the future. The biggest risk to open government data content is political and not technical."

Presently, the U.S. is still awaiting the approval of an open data law for the nation. The OPEN Data Act was approved in December by the U.S. Senate but the House left for its holiday recess before voting on the bill, leaving it in limbo.

"Open data is not legally binding until Congress makes it so," said New. "I'm not going to attribute it to malice that all the open.whitehouse.gov data has been removed, but I'm willing to bet that this is going to be more and more common the longer we go without strong leadership on this issues."

It is worth noting that "there is always turnover on government websites" as information is updated, replaced, added or removed, said New, but the removal of the data without any comments by the administration and without any replacement is worrisome.

Open data is government data sets are published online in machine readable open format and are made available for free use to commercial businesses, individuals, developers, researchers and anyone else.

"Anyone we talk to about open data is supportive of it," said New. "It generates tremendous amounts of value and innovation for companies."

New said he is concerned that the removal of the data from the White House site could mean that the largest federal open data clearinghouse, Data.gov, which has a much deeper repository of information, could be threatened in the future.

The issue should be discussed and resolved by the new administration to end the concerns, he said. "This is an issue we need to resolve before all of this comes to a halt," said New. "Businesses are built on data. Losing data whether it's on Data.gov or not is super-concerning."

Charles King, principal analyst at research firm Pund-IT, said the removal of the open data from the White House website is something that should be watched carefully by businesses, developers and other users of the data.

"The free exchange of information is necessary for a working democracy but it's also a critical resource for scientists and research organizations inside and outside of government, as well as thousands of businesses," said King. "President Trump is also reversing the eight years of pioneering open information progress achieved by the Obama administration."

For years, individuals and groups both in and out of government have been working to archive information before it is sequestered, said King. "Concerned businesses and IT organizations should lend their support to these efforts, vocally denounce the administration's policies and do whatever they can to reverse them. Cheering or ignoring the situation is the equivalent of embracing a new Dark Age."

Another IT analyst, Rob Enderle, principal of Enderle Group, said he has mixed feelings about the removal of the data from the White House website because some government data is useful and some is biased depending on what agencies want to publicize.

"It is a cheap source of information but unless you can adjust for any bias, the accuracy of it can vary widely both between and within sources," said Enderle. "Personally, the choice should be accurate data or no data. Since government data often can't be adequately validated I'd prefer that got fixed before it was made widely available."