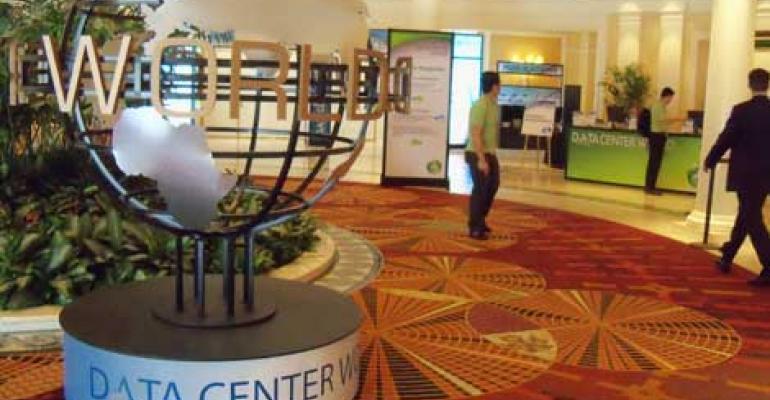 It’s March, and Data Center World is upon us. The team at Data Center Knowledge is gearing up for one of the year’s biggest data center conferences, which this spring is happening in downtown Los Angeles, home to some of the West Coast’s most important network interconnection and data center hubs.

While there are many things planned for the show that I’m excited about, I thought I’d share my top five with our readers:

Humans are Your Biggest Security Risk

Once on the FBI’s Most Wanted list for hacking into 40 corporations, Kevin Mitnick has since crossed over to the light side, working today to make companies and individuals more aware about the dangers of cybercrime. He’s been convicted of numerous crimes, including hacking into Pacific Bell’s voice mail computers and copying proprietary software from major cell phone and computer companies.

In his keynote at Data Center World, Mitnick will demonstrate how hackers today use a combination of social engineering (a term he coined) and technological exploits to penetrate companies’ systems. He believes people are the weakest link in the security chain and his presentation will show why.

Crowdsourcing Server Design for One of the Biggest Clouds

Last October, Microsoft made an unusual hardware announcement. The company released details of its next-generation cloud server design that at the time was incomplete. The point was to apply to hardware development the same process that made open source software development such a success. Released through the Open Compute Project, the design was meant for others to see, use, and contribute to as they see fit, with Microsoft hoping to benefit from crowdsourced brainpower.

The Gravity of Interconnection

Without interconnection, the linking up of networks to exchange data traffic, there would be no internet, and few companies have been as pivotal in the development of key interconnection hubs responsible for the internet as we today know it as Equinix. Today, the frontier in interconnection is linking up clouds and companies that use them, and the Redwood City, California-based colocation giant is working to ensure as much of that interconnection happens inside its facilities as possible (as are its many competitors).

In a Data Center World keynote, Peter Ferris, senior VP in the office of the Equinix CEO, will talk about the ongoing digital transformation of the enterprise and about the ways the success of enterprise cloud relies on proper cloud connectivity in the data center.

The Future of Distributed Computing ?

It turns out that blockchain, the underlying technology behind bitcoin, is extremely useful for many more things than digital currency. The distributed database is secure and fault-tolerant by design, making it suitable for everything from identity management to storing medical records. IBM and Northern Trust recently launched a solution for managing private equity funds built on a blockchain network; a group of 30 companies including Microsoft and JPMorgan Chase are working on a blockchain-based corporate computing system for tracking financial transactions and contracts; and Britain’s former Prime Minister David Cameron recently said blockchain-based technology can be used to fight government corruption.

So, what does it all mean for the data center? At Data Center World, Ravi Meduri, an engineering services VP at Innominds Software, will speak about the potential changes to the underlying structures of internet, networks, storage, and compute layers that are likely to accompany proliferation of blockchain. More importantly, it’s likely that blockhain will eventually live entirely in the cloud, which has its own set of implications for data center operators.

Finally, networking. That’s one of the biggest reasons to come to a conference, and if you’re interested in meeting people that manage corporate technology infrastructure or work in data centers, Data Center World always delivers. It’s difficult to get a different perspective on your issues while staying inside the four walls of your office or server room, and while the organizations may be different, most of the problems their data center teams face are exactly the same. If you want to learn from your peers, we’ll see you in LA!