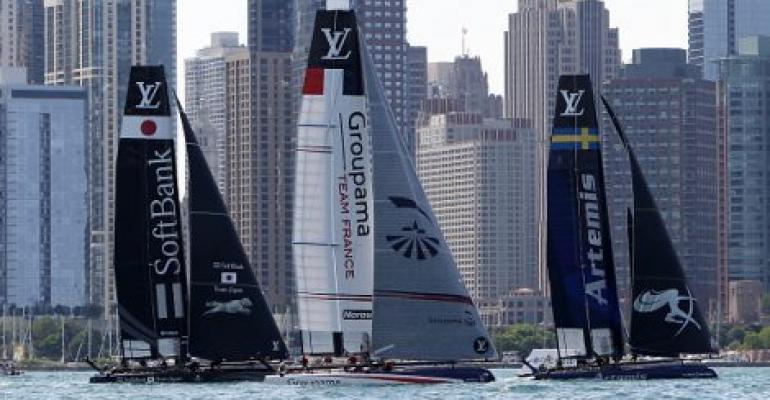 SoftBank expects ARM to be worth at least $100 billion in the next three years.

Segars didn’t rule out the possibility of a large deal, citing backing from SoftBank Group Corp.’s Masayoshi Son. “He is constantly discussing what is going on the world among the group’s companies and the best way to build the business even more strongly,” said Segars in an interview at the Mobile World Congress in Barcelona Tuesday. “He’s thinking decades out in the future.”

SoftBank purchased ARM in July for $32 billion. The Tokyo-based company expects ARM to be worth at least $100 billion in the next three years, according to one executive at SoftBank, who asked not to be named as they aren’t authorized to speak publicly on the matter.

ARM is continuing to hire in the U.K., a key part of the takeover agreement with local regulators. ARM had 1,600 staff in the U.K. at the time of the deal and is targeting 3,200 by 2021. It has already hired a “few hundred”, said Segers.

ARM is also hiring in the U.S., where it has 1,000 staff, and acknowledged the need to hire in China, where it is currently doubling its office space in Shanghai.

SoftBank has been busy undertaking a flurry of deals. The technology giant is merging the satellite startup it’s backing, OneWeb Ltd., with Intelsat SA. SoftBank is also near to closing its $100 billion Vision Fund with Saudi Arabia and other high-profile backers.

While Segars stressed it is business as usual, it is clear Son sees ARM as key to SoftBank’s future. Son said Monday that he expects one computer chip to have the equivalent intelligence of a human with an IQ of 10,000 within the next 30 years. The growth in computer ability was “why I acquired ARM,” said Son.

Around 16.7 billion ARM chips were shipped in 2016, around 530 per second. In ARM’s 27-year history, around 100 billion chips have been shipped, half of which over the past four years, according to the company.