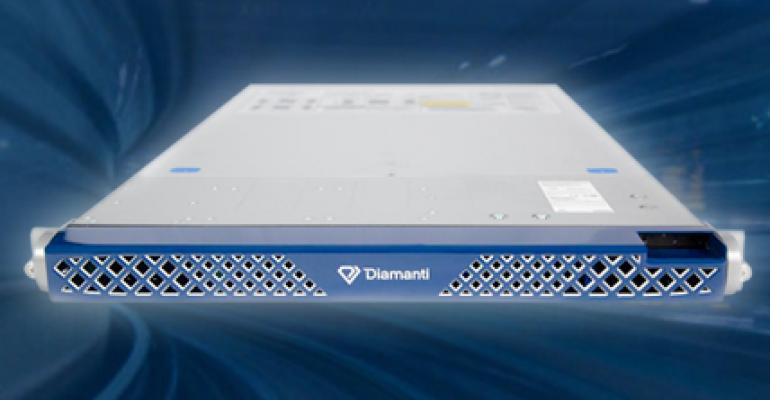 Appliance designed to make deployment of containerized applications easier for IT

Diamanti, a data center hardware and software startup founded by former Cisco engineers, has launched its first product, a hyperconverged infrastructure appliance that automates deployment of containerized applications, and closed a Series B funding round, raising $18 million.

The company is up against serious competition in the relatively young hyperconverged infrastructure space. Last year’s IPO of one of the two leading players in the space, Nutanix, was followed this year by acquisition of the second leading player, SimpliVity, by Hewlett Packard Enterprise. Diamanti’s focus on containers may serve to differentiate it from the other, more established brands, both of whom have been focused on more traditional hypervisor-based virtualization.

Application containers, a long-existing technology whose popularity among developers quickly rose several years ago with the advent of Docker, an open source project and a company that created a container standard and tools for developers to use it, are still relatively immature. Plus, while developers love Docker, much of the existing IT infrastructure in corporate data centers has not been set up for it, according to Diamanti.

Read more: Incumbents are Nervous About Hyperconverged Infrastructure, and They Should be

“Until now, we found that IT operators have been forced into complex and expensive ‘do-it-yourself’ Docker implementations, since traditional network and storage technology was built for virtual machines rather than containers,” Thorsten Claus, partner at Northgate Capital, a new investor that led the startup’s latest funding round, said in a statement.

The appliance includes compute, storage, and networking resources necessary to run containers and comes with all the necessary software, according to the announcement. It uses open source Kubernetes as the container orchestration software.

The startup named NBCUniversal and MemSQL as two of the early adopters of its technology.

One of Diamanti’s founders, Jeffrey Chou, used to be director of engineering at Cisco, according to a Silicon Valley Business Journal report. Another founder, Amitava Guha, worked for a startup acquired by the network technology giant in 2008. A third founder, Luis Robles, comes from the venture capital firm Sequoia Capital.

The latest funding round brings the startup’s total money raised to about $30 million. CRV, DFJ, Translink, and GSR Ventures took part in the round in addition to Northgate.