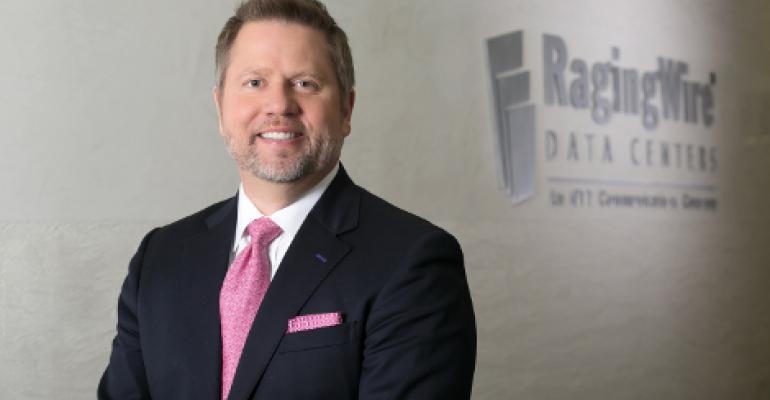 There wasn’t much of a search that preceded NTT Communications execs’ decision to pick a successor to data center provider RagingWire’s former CEO, George Macricostas.

For the last year and a half, Macricostas, a RagingWire co-founder, has been grooming Douglas Adams, the company’s then president, who was also there from the beginning, to take over. “NTT had bought into that decision and was kind of watching things from the sidelines for the last year and a half,” Adams, RagingWire’s new CEO, says. “It was kind of a short conversation.”

NTT recently acquired the remaining 20 percent stake it hadn’t already owned in the Reno, Nevada-based data center provider – known to many for being Twitter’s data center landlord in Sacramento, California – and put Adams, 51, at its helm.

The big Japanese telco is one of the world’s largest data center providers (fifth-largest in retail colocation by market share). While it has strong positions in Asian and European data center markets, it isn’t one of the top players in North America. In 2013 it spent $350 million on a controlling 80 percent stake in RagingWire to change that. The US company has been tasked with building out NTT’s North and South American platform, and Adams is now in charge of that effort, although it doesn’t include non-RagingWire NTT facilities already in the US.

In addition to its massive data center campus in Sacramento, RagingWire has built one in Northern Virginia and expects to launch its first Texas facility, in Garland, this April. Next on the agenda are Chicago, New Jersey, and Silicon Valley, followed by locations in Canada and South America, although there’s no timeline for expansion north and south of the border at the moment, Adams says. 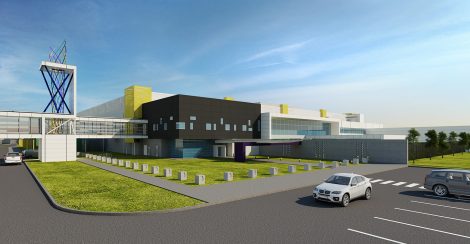 He is taking the helm amidst a period of rapid growth in the data center provider industry, especially in the wholesale data center space, where companies like RagingWire and Digital Realty Trust build and lease out large multi-megawatt facilities. Today, the majority of those customers are hyper-scale cloud platforms – the likes of Google, Amazon, and Microsoft. Their rapid expansion is what’s driving most of the growth for these landlords.

“Hyper-scale cloud providers are snatching up every piece of available data center space in every market that they possibly can,” Adams says. “It’s caused incredible growth in our industry.”

It took RagingWire 10 years to fill up its first building in Sacramento (12.6MW), he says, to illustrate the current momentum. It took three years to sell out the first building in Virginia (14MW) and just six months to sell out its latest, second Virginia building (also 14MW). All recent deals have been with hyper-scale cloud companies, according to Adams. 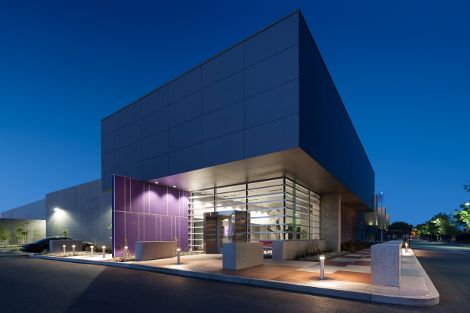 It’s unclear if and when this growth will decelerate, but for now, RagingWire and its competitors are racing to build as much inventory as they can finance in top data center markets to take advantage of the environment.

The bet isn’t on the cloud providers alone. They’re also betting on traditional enterprises – the manufacturers, the retailers, the banks, the insurance firms – to also move their servers into leased data centers, where they can connect to cloud providers directly, bypassing the public internet. Most enterprises are still running the bulk, if not all of their applications in-house.

Adams is bullish on the data center industry – “Everything is becoming digital; paper is dying” – and the only thing that worries him is the possibility of another economic crisis and the effect it may have on companies like his.

RagingWire came out of the 2008 meltdown relatively unscathed. According to Adams, the business went flat to slight growth during that period. Today, it’s profitable and growing at 20 percent annually, and he doesn’t want to go back to flat sales.

Other than the economy tanking again, he doesn’t see any potential obstacles to continued growth in the industry. While many have been saying that cloud computing will eventually put data center providers out of business, cloud adoption has obviously been a big plus for them – at least for companies with some scale. The cloud lives in data centers. “I’m not anticipating us having a difficult time,” he says.

Raised by a single mother who worked multiple jobs to support him and his two siblings in Glendale, California, Adams is no stranger to hard times. “We had absolutely no money,” he says.

He praises his mother for instilling the value of education in him, his brother, and his sister. The option of not going to college didn’t exist for him, and he ended up going to University of Southern California, a prestigious private research university, with half of his tuition funded by a scholarship and grants.

After graduating from USC’s Marshall School of Business in 1989, Adams joined Mars Inc., where he held various sales and marketing positions for several of the company’s many brands, which in addition to M&Ms, Mars, and Snickers, include Dove Ice Cream, Uncle Ben’s Rice, and Pedigree, among others. Adams credits his time at Mars with giving him some core business values – such as egalitarianism and fiscal responsibility – that have been propelling his career to this day.

In the late nineties, after nine years at Mars, he joined the Japanese semiconductor giant NEC Corp. as vice president and general manager of the optical and magnetic drive division in the US. RagingWire was formed two years later.

Adams’s other core principles are ensuring good team chemistry, avoiding being a reactionary, and not being overly focused on tactical maneuvering. He says these are the most important pieces of advice he’s ever been given. He usually waits for a situation to unfold so he can understand it better before reacting. He also spends at least a day every week to think strategy. “I don’t get caught up in the tactical.”