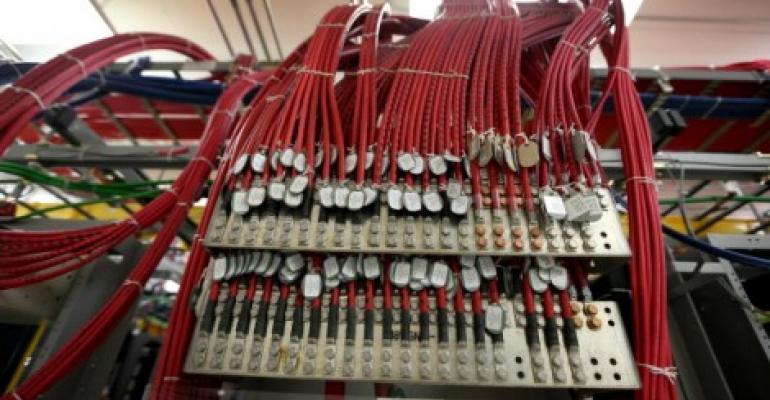 Will the Submarine Cable Boom Drive More Revenue to Colos?

The way undersea cable capacity is priced and sold could accelerate enterprise adoption of multi-cloud IT architecture.

While it's difficult to show correlation between the rapid increase in the number of submarine cables under construction and elevated data center leasing demand using hard numbers, it's logical that the exponential increase in data flowing through new and existing cables will benefit data center providers with facilities located where they land.

Equinix, the world's biggest retail colocation data center provider, recently won deals to gain access to about a dozen cable landing locations and continues to pursue two dozen more around the globe, CEO Steve Smith said while speaking at an investor conference in January. He highlighted the trend again on the company's earnings call this week. "These undersea cables generate traffic, which is lifeblood for Equinix," he said.

Equinix and its rivals, such as Digital Realty Trust and Interxion, as well as fiber network operators, are well-positioned to benefit from all the submarine cable construction activity, RBC Capital Markets managing director Jonathan Atkins wrote in a recent market research note. 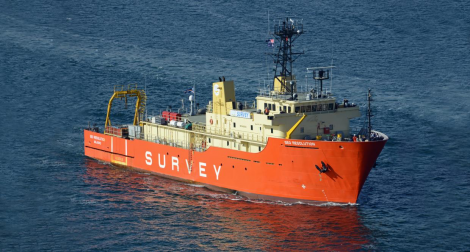 Smith's viewpoint dovetails with a comprehensive data center research note published in mid-December. Managing director Jonathan Atkins and his team at RBC Capital Markets included a detailed overview of 2015-2018 sub-sea cable deployments in this report. "We anticipate these initiatives could be positive catalysts for attracting connectivity-centric business for the data center operators," he wrote.

Here are some of the recent deals data center providers have won to give their customers access to new landing stations, as highlighted in the RBC report:

The RBC report was published one day before Equinix announced its blockbuster data center portfolio acquisition from Verizon in December, which also increased the number of cable landing stations Equinix has access to.

A new and potentially disruptive pricing model can make one transatlantic cable offering particularly attractive for non-traditional enterprise customers. It offers flexibility to access international cloud and IT service providers on an as-needed basis, lowering the upfront cost of that kind of access.

Aqua Comms is the developer of AE Connect, the first carrier-neutral submarine cable linking New York with Dublin, and London. Both Digital Realty and Equinix have signed agreements to connect their data centers, along with carriers AT&T and CenturyLink.

"In some respects, it is like terrestrial real estate development," Aqua Comms CEO, Nigel Bayliff, said in an interview with Data Center Knowledge. "Sub-sea cable operators strive to have from 30 percent to 50 percent of capacity pre-leased to credit customers on long-term leases. Although these submarine cable anchor tenants negotiate favorable pricing, they must pay upfront for these 20-year or 30-year leases in a lump sum. These tenants also pay a small maintenance fee annually."

The anchor leases allow a new cable project to proceed, but most of the profits reside in smaller lease agreements. Bayliff expects digital content to drive many such deals. For example, he expects broadcasts of major sporting events, such as World Cup and the Summer Olympics, to be streamed globally, in 3D, with unlimited camera angles, allowing viewers to have a virtual reality experience. The bandwidth required for these types of streaming applications will certainly help ring the register for cable operators like Aqua Comms.

Aqua Comms is able to provide on-demand transcontinental connectivity services through a partnership with the Australian SDN-enabled interconnection provider Megaport, which recently announced an offering designed to attract both traditional and non-traditional tenants to use the AE Connect system.

Megaport CEO Denver Maddox explained in a blog post how this joint offering will work:

"If your infrastructure is physically located in New York City and you wish to directly connect to the availability zone of a cloud operator in London, you don’t need to be physically located in London to make that happen. Simply configure your New York-based Megaport with a VXC [virtual cross connects] to your chosen provider and, in less than 60 seconds, you have a direct connection at the level of capacity you need."

A key point is customers are no longer forced to forecast bandwidth needs and sign a contract for a year or more – which has typically been the case with carrier-owned submarine cables. Megaport and Aqua Comms offer elastic capacity and usage-based billing.

This flexibility should encourage new use cases, as Megaport provides enterprise customers an affordable way to self-provision elastic capacity on the AE Connect cable system. This is the first phase of a larger partnership between Aqua Comms and Megaport that may include additional capacity and terrestrial landings in the future.

EdgeConneX is best known for providing low-latency solutions in edge data center markets to help content and cloud companies optimize delivery of their services to end users. However, coastal EdgeConneX facilities are also strategically located with an eye toward submarine cable landing locations.

Its backers, including Comcast Ventures and Liberty Global, have both colocation and content distribution needs. Liberty has significant operations in Europe and Latin America.

In addition to having rolled out two dozen US edge data centers during the past few years, EdgeConneeX has also been constructing massive projects for hyperscale customers, such as Microsoft, outside of Chicago, Dublin, London, and Amsterdam.

It is too early to tell just how disruptive Aqua Comms and Megaport's self-provisioning and on-demand billing for international bandwidth will be for the colocation industry. Equinix's IBX Platform and cloud exchange are currently the gold standard for connectivity.

Asked about the edge at the conference earlier this year, Smith said, "Equinix can cover almost any enterprise requirement from its existing footprint." He seemed to dismiss the edge as being any kind of threat. However, several competitors with strategically located data centers and deep pockets are now offering colo customers SDN-enabled fabrics with elastic pricing.

Competitive offerings engineered to access submarine cable routes should be suitable for at least a portion of SMB and FTSE Global 2000 enterprise applications. Investors should closely watch how the competitive landscape around connectivity hubs evolves over the next few years.