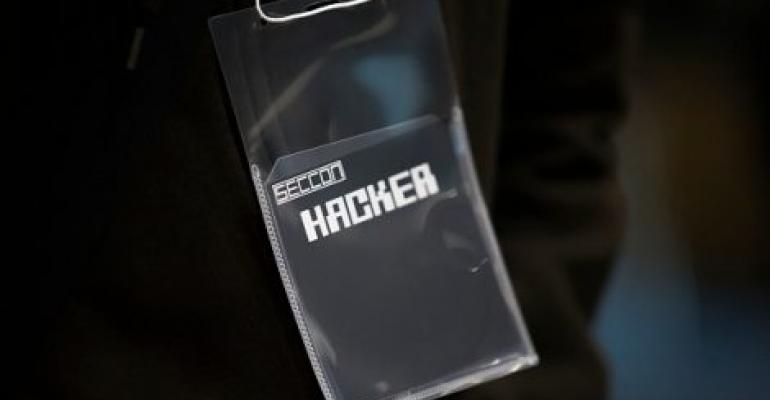 Zero One: Cybersecurity, a Business Challenge

SAN FRANCISCO -- Two years ago, security researchers hacked and disabled an autonomous car 10 miles away. RSA CTO Zulfikar Ramazan, speaking at RSA Conference 2017 in San Francisco this week, cited this breach as a ripple causing a wave of chaos that continues to this day.

The hack showed the world the potential for computer-savvy terrorists anywhere in the world to hack a fleet of cars and direct them to crash into populated targets. No longer limited to geekdom, cybersecurity in the digital age can lead to devastating real-world results if done poorly.

It’s a critical distinction for line-of-business (LOB) executives, the new shot-callers in tech. They’re in charge of wielding emerging technology that impacts customer experiences and business outcomes, as well as society at large. In the past, LOBs often dismissed security policies handed down from IT as annoying and out of touch with their business goals. Now, though, LOBs are on the hook for all of tech’s results – both good and bad.

In an LOB’s frenetic push to digitally transform the business or to innovate ahead of the competition, the risk of exploitation runs high, Ramazan said. Consequently, LOBs must work more closely with cybersecurity pros than ever.

Related: Zero One: Are You Ready for AI?

Together, they must navigate the chaos that innovation brings by treating cybersecurity as a science, not a dark art. They must simplify what chaos they can control, while planning for chaos they can’t control. And they must create a response plan based on availability, budget and collaboration, Ramazan said.

In fact, collaboration between business and tech was one of the main themes running throughout RSA Conference 2017. It makes sense, of course, given the new types of threats, range of attackers and raised stakes that cybersecurity pros face today.

Homes, for instance, have emerged as the new frontlines for cybersecurity, said Christopher Young, senior vice president and general manager of security at Intel, speaking at RSA Conference 2017. From work-at-home employees with leaky wireless connectivity to the Internet of Things baby monitors falling prey to the Mirai botnet, companies better have the home front covered in their cybersecurity plans.

Data has also become a target but in a different way. Hackers traditionally focused on swiping sensitive data in order to hold for ransom and make a profit, but now they’re taking a page out of the “fake news” phenomenon. By corrupting data, hackers can sway data-based decisions.

Not just for profit, either. Today’s breaches can be far reaching, more damaging. Ramazan cited another high-profile hack: the Democratic National Committee email leak that the U.S. Intelligence Community concluded Russia conducted during the 2016 U.S. election.

“It initiated a ripple that ultimately rocked the foundations of democracy,” Ramazan says.

Tom Kaneshige writes the Zero One blog covering digital transformation, big data, AI, marketing tech and the Internet of Things for line-of-business executives. He is based in Silicon Valley. You can reach him at [email protected].