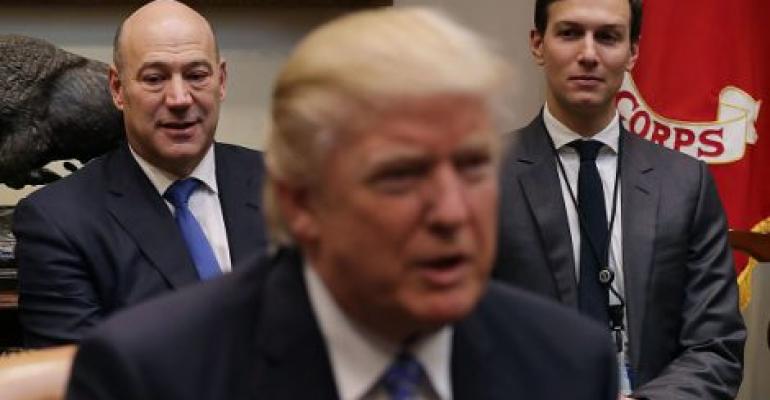 (Bloomberg) -- As Silicon Valley girds for a possible rollback of net neutrality, the H-1B visa program and other prized policies, here’s a bit of potentially favorable news: The administration of U.S. President Donald Trump seems to be ready to embrace the “Obama tech surge,” the organized insertion of technologists and modern digital tools into the highest branches of the federal government.

Early this month, leaders of the U.S. Digital Service and other tech teams under Barack Obama met with three members of the Trump transition: Reed Cordish, assistant for intragovernmental and technology initiatives; Gerrit Lansing, chief digital officer at the Republican National Committee; and Dirk Eyman, the RNC’s director of network operations. The Obama techies presented their efforts and reported back that the meeting went well, according to a person briefed on the discussion. Then about two weeks ago, Todd Park, an Obama tech advisor and former U.S. chief technology officer, received this e-mail from Trump advisor and son-in-law Jared Kushner:

Thank you to the leadership of the US CIO, USDS, TTS, and OSTP for the detailed presentation of their initiatives. I have heard only great things about you and the program you have built. The continued dedication to modernizing Government Tech is a mission critical task and we look forward to working with the many talented, dedicated tech professionals in these offices.

These niceties, contained in a correspondence reviewed by Bloomberg, don’t mean much if they aren’t backed up by action, of course. But it does signify that the Trumpies see the former administration’s technorati as fellow bureaucracy-busters and not as part of an Obama-era legacy program to be gleefully rolled back.

Yet, there’s lingering anxiety around whether these programs will endure. Last week Wired’s Backchannel described the Obama tech surge as a bipartisan effort that counts as “one of the great achievements of the last eight years.” The goal was not only to nudge the federal government to embrace modern innovations like cloud computing but to inject tech thinking into public policy and to enlist professionals who understand disciplines like agile development, human-centered design and data-driven decision-making, Backchannel reported.

Over the last few months, the various tech departments have reported on their progress to Congress. Accomplishments include modernizing the federal government’s procurement process and working on a tool called Login.gov, which aims to one day enable the public to access multiple government services with a single username and password. And of course, the tech surge eventually revived Obamacare after the debacle that was the initial rollout of the Healthcare.gov website.

It’s too early to take the early signals from the Trump folks at face value because, as Backchannel reported, we have yet to see what will result. One thing to watch will be who Trump appoints as his chief technology officer to succeed outgoing CTO Megan Smith—or whether a president with Luddite tendencies even bothers to fill the position. And of course, there’s the lingering question of whether there can be any such thing as bipartisan work in the current politicized environment.