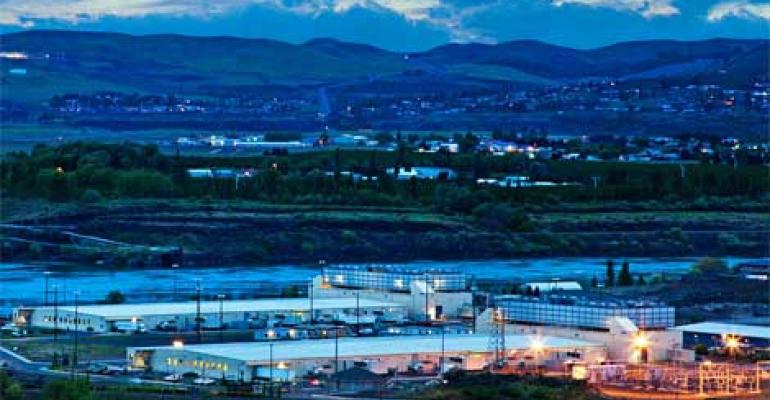 Oregon may be giving up too much money in data center tax breaks to attract big projects by companies like Facebook, Google, Apple, and Amazon relative to the number of permanent jobs those projects create, according to a recent audit by the state of its economic development arm called Business Oregon.

Oregon does not have a sales tax. Combined with property tax breaks for data centers, filled with expensive IT equipment, the tax savings alone make for potent lure for companies whose infrastructure costs represent a huge portion of total spend.

Google launched a data center in The Dalles, Oregon, in 2006; Facebook and Amazon launched their first data centers in the state in 2011, followed later by Apple.

In Oregon, data center builders commit to creating a predetermined number of jobs in exchange for tax breaks. They also pay fees and other taxes that “can help offset the property taxes foregone,” the auditors said. The problem is that Business Oregon does not really track how many jobs each individual project creates, nor does it collect enough data to determine whether the fees and taxes data center operators do pay adequately offset the potential revenue lost as a result of the tax breaks, they wrote in a report.

In 2015 alone, property tax exemptions resulted in $87,000 to $500,000 per data center job foregone by state and local governments, according to the audit report by the Secretary of State’s office.

See also: States Issued $1.5B in Data Center Tax Breaks over Past Decade

Unlike other incentive programs, Business Oregon does not decide whether data center projects such as the hypersale server farms that sprung up in rural areas in recent years receive tax breaks. Those decisions are made by local governments, while the state’s business development agency plays a purely administrative role.

In an official response, Business Oregon representatives wrote that the agency “generally agrees with the audit recommendations.”

The weakness in evaluating actual performance outcomes of incentive programs, such as jobs, wages, and return on investment, was one of the audit’s two biggest conclusions about all of the programs, not just the one that applies to data centers. Another weakness it identified was lack of transparency about incentive money actually awarded to individual businesses.

Ten of the 15 programs reviewed by auditors did not report outcomes like jobs and wages for individual businesses receiving incentives and loans. For 11 of the programs, the auditors found it “difficult or impossible” to determine whether a particular business met program requirements given the information reported publicly.

Part of the transparency problem is privacy. Because of tax-return confidentiality, agencies often could not report the amount of tax incentives given to individual businesses.

To help make its case for data center tax incentives in Oregon and elsewhere, Facebook has been hiring outside firms to assess the economic impact of its operations on the areas surrounding its data centers.

One such assessment, done by ECONorthwest, found that in 2013 its data center operations in Prineville, Oregon, were “linked” to $45 million in output and 207 jobs in Central Oregon, and $64.7 million in output and 266 jobs in the state overall. Economic activity its operations generated that year was associated with about $500,000 in property taxes and $750,000 in personal state income taxes, according to ECONorthwest’s assessments.