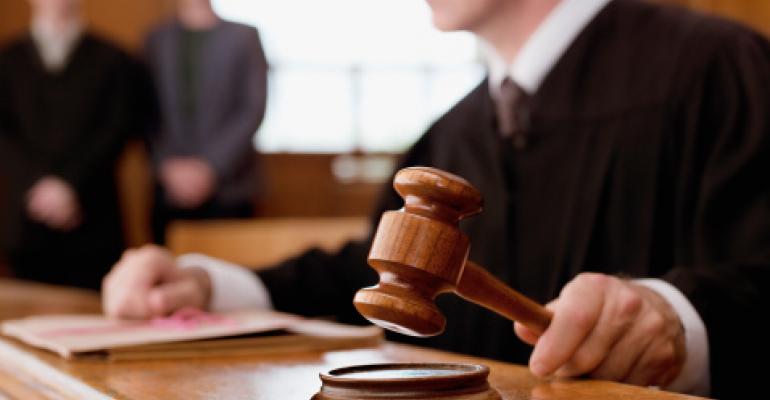 The long legal battle that originated in a complaint filed by Cisco in 2014 had another development Friday, when the International Trade Commission ruled that Arista Networks illegally used Cisco’s network device technology in its ethernet switches.

The long legal battle that originated in a complaint filed by Cisco in 2014 had another development Friday, when the International Trade Commission ruled that Arista Networks illegally used Cisco’s network device technology in its ethernet switches. The ITC case is one of three fronts in the battle, which is also being fought in federal court in California and the U.S. Patent and Trademark office in Alexandria, Virginia.

The original ITC complaint asserted that Arista infringed six of its patents. The ruling Friday agreed that two of the claims were valid. The ruling still has to be reviewed by the full commission over the next two months, but if upheld, would almost certainly lead to an order banning the import of Arista’s products into the U.S. In a separate case in June, the ITC ordered an import ban on other Arista products that infringed Cisco patents.

Arista was founded by former Cisco executives, who Cisco says ripped off its technology before making a break for the land of startups. Cisco’s lawyers say that It’s hard to argue that they weren’t aware of the similarities in the code since Arista’s founder, chief executive officer and chief technology officer were in charge of the same tech they allegedly stole.

It’s a bigger deal than many infringement cases we’ve seen recently. Cisco is trying to navigate a huge market shift toward software-based products. The company currently holds 56.5 percent of the switching market, but customers rankle at its expensive hardware and software designed to eliminate the ability to switch products. Some of the code in question in California supposedly makes it easier for customers to make that switch.

The California trial boils down to Cisco’s accusation that Arista infringed its copyrighted command line interface terms that control hardware and software functions, down to copying and pasting from Cisco’s manuals–without even bothering to correct typos. When asked in court two weeks ago if he’d reached out to Arista before filing the suit, Cisco’s executive chairman, John Chambers, called the Arista executives in question his friends.

If true, it would be hard to not take the infringement as a betrayal. Arista CEO Jayshree Ullal, founder and chairman Andy Bechtolscheim, the heads of both its software and hardware engineering and four members of its board of directors are all former Cisco employees. In fact, one of those board members, Charlie Giancarlo, was once thought to be the eventual successor to Chambers as Cisco CEO.

If the theft and the charge seem personal, they’re nothing compared to the blood Cisco is out for in the damages it’s seeking. It’s suing Arista, whose last quarter revenue was about $290 million, for $500 million in damages in addition to pressuring the ITC to block shipments of Arista’s products. It seems to want the startup out of business.

For its part, Arista is sticking to a line of defense we’ve heard a lot recently. It says that the command codes aren’t subject to copyright protection and are available for use by all developers, adding that other companies use identical commands in their equipment. Its claim is that Cisco wants to eliminate competition and make an example of it.

Arista has countered with an antitrust complaint that alleges Cisco is using the courts and its market dominance to suppress competition and punish customers by charging them higher prices if they don’t remain Cisco-only shops.

Cisco’s general counsel Mark Chandler fired back in a statement released today. “We welcome fair competition, but “slavishly copying” (Arista’s words) is neither fair nor innovative. It causes harm to innovation across the industry.”

The two companies’ PR teams have been hard at work positioning the ITC ruling in their favor. Arista’s press release on the decision is headed “Arista Favored in ITC Initial Determination on Four out of Six Patents.”

“We appreciate the tireless work of the [Administrative Law Judge] in this preliminary decision and are pleased that she found in our favor on four of the asserted patents,” said Marc Taxay, Senior Vice President, General Counsel of Arista Networks. “We do, however, strongly believe that our products do not infringe any of the patents under investigation and look forward to presenting our case to the full Commission.”

For its part, Cisco’s announcement is titled “Protecting Innovation: ITC Confirms Arista Products Violate Additional Cisco Patents.” Chandler writes, “In my two decades at Cisco, we have initiated an action such as this against a competitor on only one other occasion. There is no question that Arista copied from Cisco. There is ample evidence and multiple admissions from Arista confirming they have done so.”