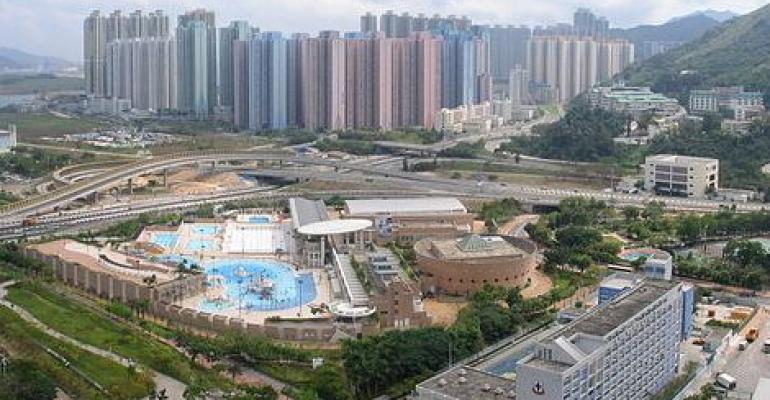 The Hong Kong-based technology arm of major real estate developer Sung Hung Kai Properties has committed to building what its CEO boasted to be the province’s largest data center in the Tseung Kwan O province at the mouth of Junk Bay.

The South China Morning Post reported Thursday that SUNeVision, the Hong Kong-based technology arm of major real estate developer Sung Hung Kai Properties, has committed to building what its CEO boasted to be the province’s largest data center, in the Tseung Kwan O province at the mouth of Junk Bay.

According to the publication, the firm’s “Mega Plus” facility is being built on a 7.5-acre plot, and will offer 470,000 square feet of space when completed.  If you do the math, you discover SUNeVision needs a minimum of three stories.

As Data Center Knowledge’s Yevgeniy Sverdlik reported in February, there’s plenty of activity among Hong Kong’s 40 data center providers, but not a tremendous lot of real estate for them to work with.  A Structure Research report published at that time listed SUNeVision as among the province’s four leading data center providers, and Tseung Kwan O as capturing about one-third of the region’s data center developments.

As a result, connectivity is at a premium.  Only two weeks ago, SUNeVision announced its carrier-neutral Mega facilities would be enabling direct connection to Amazon Web Services.  While SUNeVision has touted the growth of demand for cloud services in the province, only now is it getting the cross-connection capability its businesses desperately need to host hybrid cloud deployments.

Because the government there imposes strict districting, certain specific areas of land are set aside for building data centers.  Arguably, that makes a provider’s choice of location somewhat easier.  Tseung Kwan O in particular has its own data center districts.  Theoretically, that should make the job of routing fiber optic access simpler as well.

But what geographical and geological barriers may already have been removed from the problem of attaining fiber optic access, the local bureaucracy there has evidently replaced.  While Hong Kong’s fiber business has been said to be booming, regulators there have recently opened up investigations as to whether those claims were artificial.

In 2011, when Google famously backed out of a building project it launched in Tseung Kwan O, it cited a lack of available land.  That might have been euphemistic.  The land is certainly there; it’s already been parceled.  It’s the government that has done the parceling, and that’s where the problem probably lies.

Meanwhile, Hong Kong’s economic growth pattern manages to slip a few points, according to the World Economic Forum, now behind Singapore.  Asia/Pacific analysts have noted that Hong Kong has been relatively late to the game, with respect to cloud services adoption.

What Hong Kong businesses need now is a booster shot.  Hybridization and virtualization could help, providing hybrid cloud functionality to the enterprise while also pooling together SUNeVision’s “Mega” and “Mega Plus” resources to become, perhaps, mega plus plus.  Indeed, SUNeVision has already been advising its customers that its various “Mega” campuses are all virtually interconnected, and that customers should think of them all as one contiguous unit.

To accomplish this, Hong Kong needs better local connectivity.  Partnerships such as the new pact between Microsoft and NTT Communications, and between SUNeVision and Amazon, could go a long way to help.

So while Hong Kong’s data center providers continue to build out and build up, the challenge facing the region remains just getting through.