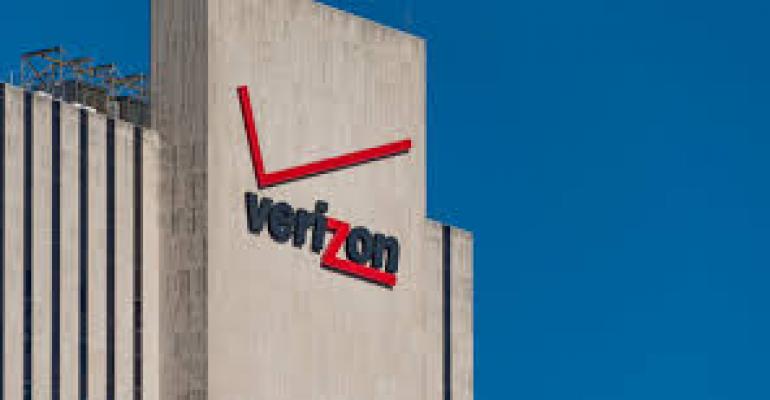 Verizon Finds Only Biggest Thrive Down on the Data Farm

The latest to wave the data-center white flag is Verizon Communications Inc., which said on Tuesday that it planned to sell 29 of its data centers for $3.6 billion.

BLOOMBERG - Here's a curse to hurl at your worst enemy: May you be forced to operate data centers.

Those buildings in city centers and rural stretches are packed with computer equipment that funnel every email and each pixel of a Netflix movie to their destinations. Data centers are the invisible but essential engines of the digital world, but it's also an awful business to be in -- unless you're one of a handful of technology superpowers.

The latest to wave the data-center white flag is Verizon Communications Inc., which said on Tuesday that it planned to sell 29 of its data centers for $3.6 billion. Verizon, like many other telecommunications companies, thought data centers would be a lucrative growth business to serve its business customers. Companies pay Verizon to host and sometimes operate the businesses' computer equipment in Verizon data centers.

For Verizon and many of its telecom peers, the data-center business never became as big as they hoped as tech giants such as Amazon.com Inc. fundamentally changed the industry's dynamics. The result is a wave of capitulations by data-center owners. CenturyLink Inc., Windstream Holdings Inc. and India's Tata Communications Ltd. sold all or some of their data-center operations. Rackspace Hosting Inc., one of the biggest independent owners of data centers, agreed to a sale last summer. AT&T Inc. has also been trying to sell its data-center business.

The problem they all encountered is that running data centers -- like many aspects of the tech business -- is a game where the superpowers are extending their advantages over everyone else. It's incredibly expensive and complex to operate big farms of computer servers and internet pipes, and companies including Amazon, Google's parent company Alphabet Inc. and Microsoft Corp. have found ways large and small to ensure their data centers run as efficiently as possible.

Verizon is expert at building and running its telecom network, but it can't hope to match the data-center expertise of internet companies with billions of web users and bulging wallets. Verizon sold its data centers to Equinix Inc., which isn't an internet giant but essentially a savvy real estate company that has become a key link to superpowers in tech and beyond. Companies like Google and Wall Street banks lease space in Equinix data centers -- often next to superfast internet networks -- to ensure the efficient operation of their web services or financial transactions.

If you believe the technology diehards, in the future just a handful of companies will own data centers and everyone else will pay for the computing horsepower they need -- the phenomenon known as cloud computing. Executives at Amazon's cloud-computing business have compared this vision to the way people and businesses pay the power company for the electricity they use rather than running their own electrical grids.

We're far from that future, and the scenario may never happen. But in a landmark moment, Intel Corp. -- whose computer chips power nearly all data-center gear -- said last year that more of its data-center chip revenue in 2016 would come from purchases by cloud-computing companies than by the big corporations like General Electric or Ford that run their own data centers.

Intel's statement was a sign of how much the data-center industry is consolidating -- to the benefit of the superpowers and to the detriment of the smaller data-centers owners like Verizon that can't hope to keep pace.