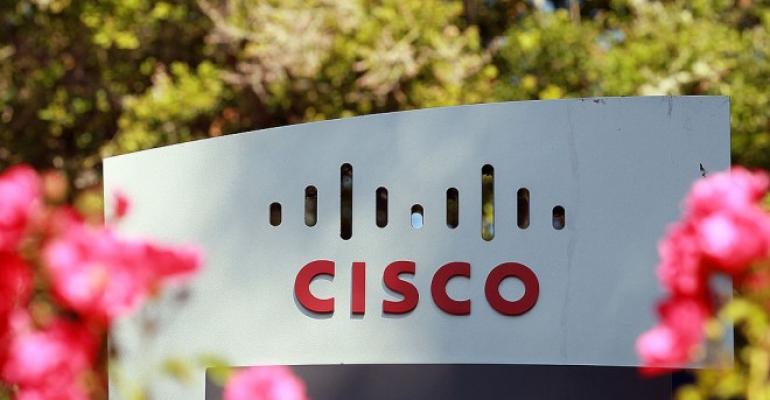 Over the next two weeks officers and alumni of Cisco Systems Inc. will be taking the stand in a copyright trial in San Jose, California.

BLOOMBERG — Blood feuds don’t typically revolve around command line interfaces and a few typos. This one does.

Over the next two weeks officers and alumni of Cisco Systems Inc. will be taking the stand in a copyright trial in San Jose, California. The case is part of a broader legal fight pitting the world’s largest networking equipment maker against upstart rival Arista Networks Inc., a company founded by Cisco executives and headquartered about two miles away.

While Cisco has always been a training ground for networking industry leaders, the company’s executive chairman, John Chambers, now views his former employees as adversaries. Cisco’s lawyers contend Arista’s founder, chief technology officer, chief executive officer and others knew they were copying technology because they were directly responsible for what was ripped off before they left Cisco.

Testifying on Monday, Chambers said he didn’t reach out to Arista before filing the lawsuit, but downplayed any personal animus.

For Chambers and the networking giant, the dispute with Arista is more than an executive feud or intellectual property spat. Arista reflects a change in the networking industry that challenges Cisco’s biggest source of revenue: its 56.5 percent share of the switching market valued at $25.6 billion in 2015 by IDC. The smaller company has taken market share with software-based products that appeal to some of the biggest networking gear buyers, who are looking for alternatives to Cisco’s expensive hardware and locked-down software.

“It is personal for Cisco and there’s a business reason,” said Michael Genovese, an analyst at MKM Partners LLC. “Arista knows what Cisco’s doing, knows that it’s personal and knows that they’re doing it because they want to hurt Arista.”

There’s little chance Cisco will agree to settle the case, even for a cash payout, according to Genovese. The $500 million in damages Cisco seeks is a drop in the bucket for a company that posted $12.4 billion of revenue in its most recent quarter. It wants customers to regard Arista, with revenue of $290.3 million in its last quarter, as a risky supplier and is asking a Washington trade agency to block shipments of its products.

The case centers around Cisco’s allegation that Arista infringed its copyrighted command line interface terms — words used to control hardware and software functions — to make it easier for customers to switch to Arista gear. Arista executives have publicly touted this objective in presentations and marketing. The copying even included cutting and pasting from manuals, not even bothering to fix typos, Cisco said.

Arista maintains that commands aren’t entitled to copyright protection and are freely available to all developers. It also denies infringing Cisco’s patent on the user interface and says that other companies use identical commands in their equipment. Cisco is singling it out because it wants to hobble a successful competitor, Arista said. Cisco counters that Arista’s use of its commands is far more extensive.

Key figures on both sides know each other well. Jayshree Ullal, Arista’s current CEO, founder and chairman Andy Bechtolscheim, the heads of its software and hardware engineering and four of the seven members of its board of directors all used to work for Cisco. Charlie Giancarlo, one of those board members identified as a witness in the trial, was once picked by analysts as the eventual successor to Chambers as Cisco CEO.

Analyst Rohit Mehra, who leads network infrastructure research at IDC, said Arista is growing because it has “the advantage of being a relatively smaller, nimble company.”

“Given the rapid growth of Arista, Cisco obviously wants to find ways to slow them down or stop them entirely,” Mehra said. “There’s a lot of bad blood between them.”

The California trial is just one of several legal skirmishes between the two. There are three main fronts — federal court in California, the U.S. International Trade Commission in Washington and the U.S. Patent and Trademark Office in Alexandria, Virginia.

Arista has fought back by filing an antitrust complaint, accusing Cisco of using sham litigation and its market power to suppress competition and punish customers by charging them higher prices if they opt to buy products from both companies rather than just Cisco.

The enmity between the companies was clear from their lawyers’ opening arguments to the jury. On one side there’s a bully; on the other, a thief taking short cuts.

Cisco’s lawyer, David Nelson, told jurors to expect Arista will argue its command line interface is “not valuable, nobody uses it, nobody needs it.”

It’s like a fight between squabbling siblings, each telling their parents that the other has been bad, said Josh Rich, a patent lawyer with McDonnell Boehnen Hulbert & Berghoff in Chicago, who isn’t involved in the case. He said the showdown is akin to Apple Inc.’s years-long battle with Samsung Electronics Co. over smartphones, which started with the late Apple CEO Steve Jobs “feeling he was robbed.”

“It’s going to be a tooth and nail fight,” Rich said. “This is a way that each side can leverage the legal system to make their market position stronger and the other side’s weaker.”