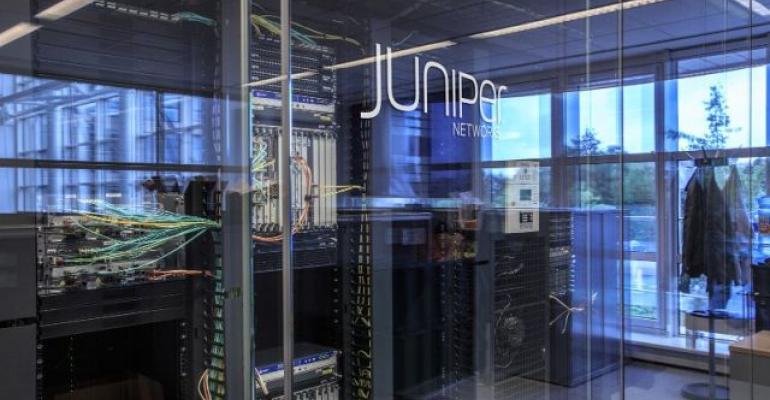 If Juniper and AppFormix work as well as one unit as they did as a pair of partnered firms, the modernization of data center architectures may have just gotten a much-needed shot in the arm.

In a surprise deal announced Thursday afternoon, a company that had been positioning itself as an innovator in the data center operations and monitoring space, and a major partner of Intel, has agreed to be acquired for an undisclosed sum by network switch and SDN leader Juniper Networks.  The deal involving AppFormix, which has been building tools and techniques for monitoring Intel Xeon CPUs at a very low level, is expected to be completed before the end of the month.

“Although there are a few operations management products in the market, most of them are built for generic IT workloads and environments,” noted Ankur Singla, CEO of Juniper’s Contrail Systems subsidiary, in a company blog post Thursday.  “AppFormix is unique in that it combines the power of machine learning and streaming analytics with application awareness of orchestration systems like OpenStack and Kubernetes.  This gives cloud operators, as well as application developers, a dashboard and APIs to understand both the workloads and the infrastructure stack, improving both applications and operations management.”

AppFormix has been working with Intel to better comprehend the dynamics of distributed workloads at the level of the processor.  Intel’s Resource Director Technology (RDT) is a component of recent-model Xeon CPUs that shares low-level performance data with outside applications, by means of API functions invoked in code.  By leveraging RDT, AppFormix’ service analysis tool ContainerFlow can visualize the problems introduced by application containers, such as Docker, when they are invoked as microservices, replicated, and distributed among server clusters.

When multiple copies of an identical service are run by the same server, AppFormix’ tests confirmed earlier this year, they can disrupt their joint use of the CPU’s cache memory, slowing it down and causing entire workloads to lag in turn.  Intel engineers call this phenomenon “noisy neighbor syndrome.”  So AppFormix’ tools have become among the first that are capable of implementing immediate, low-level remediation of non-deterministic performance issues.

It’s that class of issue that impacts hyperscale, high-bandwidth operations most distinctly.  Telcos and high-volume services are looking to network functions virtualization (NFV) to better automate the provisioning and delivery of functions to customers.

“At the heart of the NFV fabrics that power these networks are the VNFs [virtual network functions] that define the network services that customers deploy and operate,” wrote AppFormix CEO Sumeet Singh, in a blog post Thursday.  “Those NFVs have to be monitored and managed, and AppFormix is the absolute best platform on the market to make this work in a scale-out, business-is-on-the-line environment.  Together, AppFormix and Juniper can give customers the best possible NFV experience.”

ContainerFlow is capable of being integrated with Kubernetes, the open source containerized workload orchestrator, as well as Mesosphere DC/OS, the cluster-oriented data center operating system.  What this means (other than the obvious business benefits for all the manufacturers and contributors involved) is that it becomes possible for data center operators to deploy workloads, and migrate them as necessary — including on an automated basis — based on the performance characteristics of their supporting hardware, right down to the processors’ memory caches.

Imagine an online retailer hit with a spike in traffic, spinning up a hundred more Web server instances, and distributing them to the physical servers whose health status shows them to be the best suited for the job at that particular microsecond, and you get the idea.

Importantly for Juniper, AppFormix’ efforts have recently been integrated with those of OpenContrail, the open source project based on Juniper’s Contrail service orchestration model for SD-WAN and NFV.  The move to pair AppFormix’ machine learning and predictive analytics algorithms with OpenContrail was already under way.  If Juniper and AppFormix work as well as one unit as they did as a pair of partnered firms, the modernization of data center architectures may have just gotten a much-needed shot in the arm.