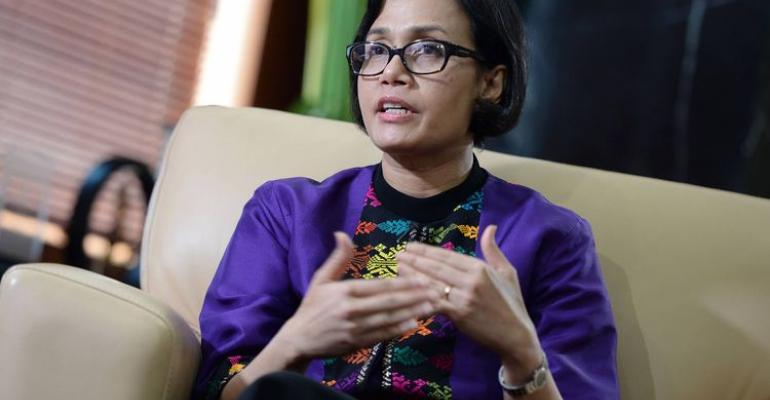 Google, Facebook Targeted by Indonesia in Push for More Tax

Indonesia is widening its tax net to target global technology giants like Google and Facebook Inc., a strategy that’s raising red flags for fear it may deter foreign investment.

BLOOMBERG - Indonesia is widening its tax net to target global technology giants like Google and Facebook Inc., a strategy that’s raising red flags for fear it may deter foreign investment.

Finance Minister Sri Mulyani Indrawati is seeking to squeeze more revenue out of an economy that’s been hit by weak commodity prices and subdued demand from China, Indonesia’s biggest trading partner. Halfway through a tax amnesty plan, the government has raised almost 100 trillion rupiah ($7.4 billion) in income from penalties and is now turning its focus to companies like Apple Inc., Twitter Inc. and Yahoo! Inc.

The latest salvo from the tax office underscores the challenge President Joko Widodo faces in funding his ambitious infrastructure goals, and the risk that it may backfire by scaring off investors.

“We’re just looking for fair treatment,” said Lin Neumann, managing director of the American Chamber of Commerce in Indonesia. “The concern is that if companies feel that they’re spending an enormous amount of time in negotiations over tax assessments that go beyond what they believe they have agreed to in their contracts and under the law, then that can hurt foreign investment.”

If companies “end up in a kind of red-tape situation, that is not conducive to making plans for growth,” he said. “Ultimately, that situation hurts Indonesia.” The chamber helps to promote U.S. businesses in Indonesia, and Google is among its members.

Indonesia had initially put Google’s tax and penalty bill at 5 trillion rupiah, but could lower that to 1 trillion rupiah in a settlement that may come as soon as this week, according to Muhammad Haniv, head of the special taxpayers office with the Finance Ministry’s Tax Directorate-General. He said last week that Facebook owed as much as 3 trillion rupiah.

Facebook, Twitter, Apple and Yahoo! didn’t respond to requests for comment. Taj Meadows, Google’s head of policy communications for Asia Pacific, declined to comment, and referred to an earlier statement that said the company had paid all applicable taxes and will continue to fully cooperate with the Indonesian government.

Indrawati -- a former World Bank managing director who tried to clean up the tax system during her previous tenure as finance minister -- needs to keep the budget deficit below the legal limit of 3 percent of gross domestic product. That goal is complicated by an economy that expanded last year at the slowest pace since 2009 and is forecast to grow only slightly better at about 5 percent this year. The central bank projects growth of 5 percent to 5.4 percent in 2017.

The Organisation for Economic Cooperation and Development said in a report this week that while the Widodo government had embarked on a string of reforms over the past year to “improve the business environment, streamline investment and liberalize inward investment”, the fiscal balance was deteriorating owing to slower growth and low commodity prices.

“While an ongoing tax amnesty may help ease this constraint in the short term, in the longer term tax revenues, which are very low, will have to be boosted,” it said. “Policies are needed to address the narrow tax base, the low number of taxpayers and weak compliance.”

Indonesia’s tax agency’s Haniv said last week a letter had been sent to Facebook’s offices in Ireland seeking a meeting, as well as data on its operations in Indonesia, where it has 88 million users.

Google has faced tax investigations elsewhere, including in the U.K., where tax authorities reached a 130 million-pound ($162 million) settlement with the company’s parent Alphabet Inc. in January.

Alex Cobham, director of research at the Tax Justice Network in London, who closely followed the Google probe in the U.K., said the case confirmed “just how embedded among multinationals is the practice of separating sales, and the jurisdiction where they take place, from the profits that those sales give rise to.” Under new OECD rules, all major multinationals are now required to produce country-by-country data on their economic activity, profits and taxes paid, he said.

“At present, most multinationals do not publish sufficient information about their Indonesian operations, or operations in other countries, to make an equivalent calculation,” he said. The resistance of companies to this kind of disclosure, “reflects just how worried they are about the public seeing the scale of misalignment between profits and the location of real economic activity,” he said.