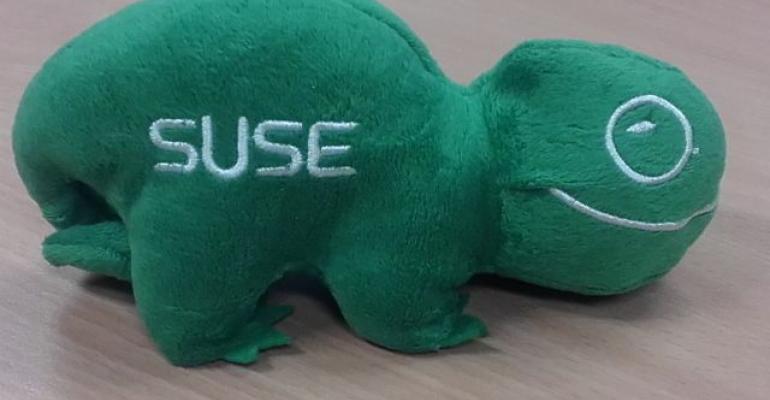 HPE has agreed to hand over its interest in both the OpenStack hybrid cloud platform and Cloud Foundry cloud-native apps platform.

In what would appear to be a reversal of a commitment made last July to maintain a presence in the OpenStack market, amid the sale of its software division to Micro Focus, its SUSE division announced Wednesday that HPE has agreed to hand over its interest in both the OpenStack hybrid cloud platform and Cloud Foundry cloud-native apps platform.

SUSE’s announcement describes the transaction as a unilateral deal, topped off by HPE’s decision to name SUSE its preferred open source partner for Cloud Foundry and OpenStack, as well as Linux.

“We have had a very long and successful partnership with HPE around Linux, with many examples of successful technical and business collaboration,” stated Michael Miller, SUSE’s President of Strategy, Alliances and Marketing, in a note to Data Center Knowledge.  “With this agreement, we will expand on that foundation and formalize that relationship.  HPE has named SUSE as their preferred partner for Linux and as such we will work together to ensure that SUSE Linux Enterprise Server is the best Linux option for HPE customers.”

Miller told Data Center Knowledge that SUSE plans to hire “a significant number of HPE engineers with experience in OpenStack IaaS, Cloud Foundry PaaS, containers, and Kubernetes,” though he declined to specify numbers.  He left the door open for SUSE to hire some HPE personnel who the company declared last October that it would be laying off.

As part of the deal to merge HPE’s Software division into Micro Focus, which was valued at the time at $8.8 billion, HPE shareholders would collectively become the 50.1 percent owner of independently traded Micro Focus, SUSE’s parent company since last year.  That deal remains scheduled to be fully consummated in Q3 2017.  Miller said that deal was made independently of today’s deal with SUSE.

"HPE will OEM SUSE OpenStack Cloud and the SUSE Cloud Foundry-based PaaS solution as the foundation of the continued delivery of Helion OpenStack and Helion Stackato solutions with HPE support and professional services," the statement reads.  "By partnering with SUSE, HPE will provide best-in-class OpenStack and Cloud Foundry-based PaaS solutions that are simple to deploy into customer’s multi-cloud environments."

Hewlett-Packard Corp. entered the OpenStack space in May 2014, pledging over $1 billion of investment into the development of the open source software infrastructure platform.  At that time, CEO Meg Whitman declared OpenStack “the very fabric of your enterprise,” integrating into one package “all the benefits and agility of cloud computing, all the possibilities and innovation of open source, and all the security and reliability that enterprises need.”

The company would produce a platform that would make it as easy to deploy workloads in its own Helion public cloud as on its own hybrid, on-premises platform, both of which would be based on OpenStack.  It placed Bill Hilf in charge of implementing the Helion strategy, as its vice president for cloud products.

“We understand what our customers need with OpenStack,” stated Hilf in accepting the assignment just over two years ago.  “We want it to be easy to install and easy to update and manage, and they need it to have a robust set of enterprise capabilities wrapped around the operating system, while staying true to the kernel and interfaces of the platform itself.”

At that time, Hewlett-Packard (HPE’s predecessor company) had an existing, non-exclusive alliance with Red Hat.  To this day, both companies continue to publish promotional materials touting the benefits of that alliance to customers.

Yet the company’s corporate strategy has made countless unanticipated deviations, the split — which formed HPE and the consumer-focused HP Inc. — being just one of them.  That move came just months after CEO Whitman quelled speculation about a split by invoking the phrase, “One HP,” as a symbol of corporate unity.  Sensing the writing on the wall, Hilf left HPE last August, and is now CEO of Vulcan, Inc., the investment and philanthropy firm led by Microsoft co-founder Paul Allen.

Today the company’s focus appears to have shifted back in the direction of Microsoft and Windows-based platforms.  Tuesday morning at HPE’s Discover London conference, the company invited Microsoft XVP Scott Guthrie on stage to discuss HPE’s current hybrid cloud project, being produced jointly with Microsoft around the Windows-based Azure Stack.

[This article was updated to correct the statement about HPE shareholders' ownership of Micro Focus; it is the shareholders, not the company, who will hold 50.1 percent ownership.]